Post-exposure prophylaxis with a single dose of the antibiotic rifampicin is safe, can be integrated into different leprosy control programmes, and is generally well accepted by patients, their contacts, and healthcare workers. These are the results of the Leprosy Post-Exposure Prophylaxis (LPEP) programme published yesterday in the peer-reviewed journal The Lancet Global Health. The Novartis Foundation-initiated programme covered more than 150,000 people across seven countries. Swiss TPH contributed to LPEP through monitoring and quality control, protocol development and data analysis. 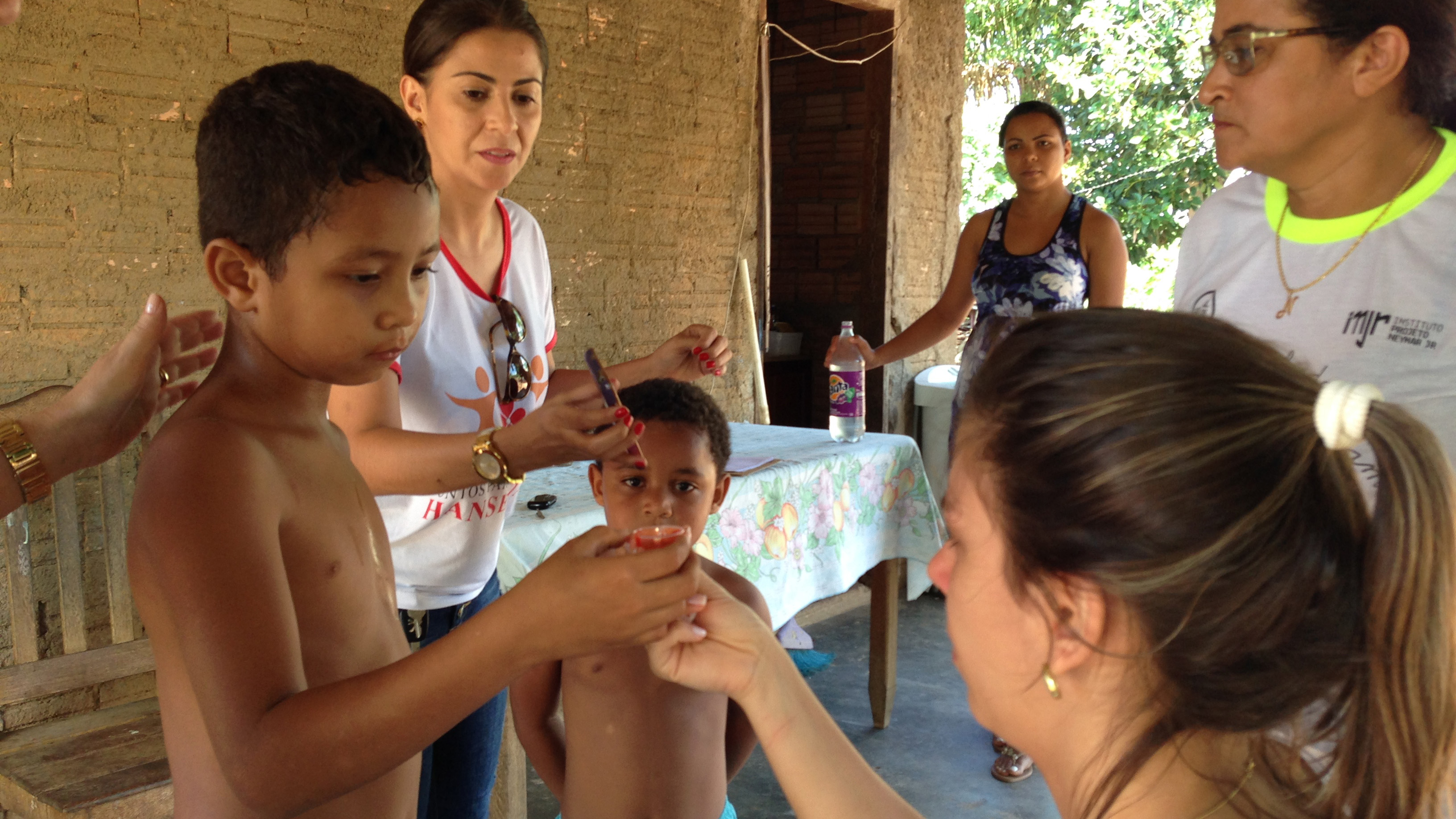 Post-exposure prophylaxis with a single dose of the antibiotic rifampicin could massively reduce the global burden of leprosy. (Photo: Peter Steinmann/Swiss TPH)

New results from the largest ever research programme on combining contact tracing with prophylactic treatment indicate this approach could massively reduce the global burden of leprosy. The Leprosy Post-Exposure Prophylaxis (LPEP) programme - initiated by the Novartis Foundation - traced 170,000 people who had been in contact with individuals newly diagnosed with leprosy, and treated 150,000 of them with a single dose of rifampicin to prevent disease.1 Use of post-exposure prophylaxis is expected to interrupt transmission of the bacteria causing leprosy, meaning that if this approach is scaled up globally near-elimination of the disease could become a reality in a single generation.

The results of the five-year LPEP programme, published yesterday in The Lancet Global Health, evaluated the feasibility and efficiency of systematic contact tracing, screening and administration of prophylactic treatment to eligible contacts of individuals newly diagnosed, such as household members, neighbours, or co-workers.

The international multicentre study with the leprosy control programmes of Brazil, India, Indonesia, Myanmar, Nepal, Sri Lanka, and Tanzania, is by far the most comprehensive attempt to evaluate this approach to a disease, which still sees over 200,000 people newly diagnosed every year.

Ann Aerts, Head of the Novartis Foundation, commented: "These results mean we can finally imagine a world without leprosy. By using contact-tracing and prophylactic treatment in combination with widespread availability of multi-drug therapy and other tools, we can cover the last mile in the elimination of this disease. We would like to thank the governments, NGOs and investigators who worked with us to make this landmark initiative a reality, enabling post-exposure prophylaxis to be translated into global health policy."

Use of post-exposure prophylaxis has already been shown to reduce the risk of leprosy in contacts of leprosy patients by nearly 60%.2 As a result, the World Health Organization (WHO) recommended the intervention in their 2018 Guidelines for the Diagnosis, Treatment and Prevention of Leprosy.3

The LPEP programme demonstrated that once contact tracing has been established, including prophylactic treatment can be achieved with minimal additional effort.

"We are proud that Swiss TPH was able to contribute to this multi-partner initiative through our broad health system expertise, experience in NTD control and research rigor," said Peter Steinmann, Project Leader at Swiss TPH. "We thank all our partners, in particular Erasmus MC and the Novartis Foundation, for the excellent collaboration."

About the LPEP study partners

Leprosy (also known as Hansen's disease) is one of the most dreaded infectious diseases. It is caused by slow-growing bacteria called Mycobacterium leprae, which attacks the nerves, skin, eyes, and lining of the nose (nasal mucosa). People with leprosy who are diagnosed early and treated can continue to work and lead a normal life, and modern multidrug treatment of the disease has very high cure rates. However, stigma and discrimination can remain long after a person has been cured of the disease.

Figures released by WHO show that the global burden of leprosy has been reduced by 95% since the 1980s.4 In the last decade, new case detection has broadly plateaued between 208,000 and 245,000 cases a year, with 95% occurring in 16 countries.

3. World Health Organization. Guidelines for the Diagnosis, Treatment and Prevention of Leprosy (2018).