Schistosomiasis, which is caused by flatworms, is one of the most prevalent parasitic diseases in Africa. One drug – praziquantel – is used in adults and school-aged children but there is insufficient evidence on how to properly treat pre-school children. A study by the Swiss TPH now confirms that although not ideal, praziquantel can also be administered to pre-schoolers at the same dosage used to treat older children. 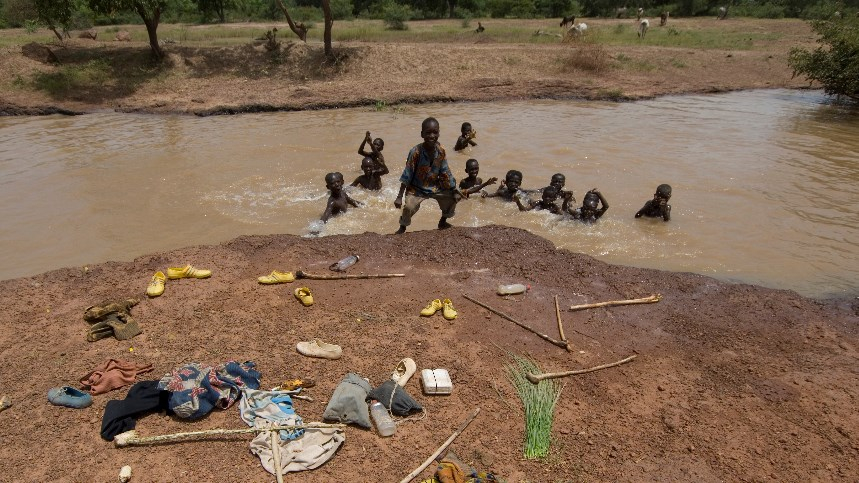 When left untreated, schistosomiasis can lead to anaemia, stunted growth, severe damage of organs, and - at worst - death. In total, about 258 million people are infected globally, of which about 10% are children under six. Praziquantel, the treatment of choice for schistosomiasis is only available as formulations for adults and older children. Given the lack of alternative treatments, however, it has also been used off label to treat pre-schoolers.

Dosages tested for the first time for children under six

A study led by the Swiss Tropical and Public Health Institute (Swiss TPH) in Côte d'Ivoire now found that the standard dosage for children above the age of six (40 mg/kg) can also be used for pre-schoolers. This is the first time a study tested three different praziquantel dosages for children under six. The results, published today in the Lancet Global Health, hence confirm the current practice. "Our research showed, however, that the drug performs better in children above the age of six," said Jennifer Keiser, Head of the Helminth Drug Development Unit at Swiss TPH. "The results therefore emphasise the need for further research for new drugs and new formulations for smaller children." The study was conducted in collaboration with the Centre Suisse de Recherches Scientifiques in Côte d'Ivoire.

Need for alternative treatments and formulations

To discover and develop novel drugs for treating schistosomiasis, Swiss TPH works with different academic institutions and the private sector. In addition, to develop a more suitable formulation of praziquantel for children under six, Swiss TPH partners with public and private organisations under the umbrella of the Pediatric Praziquantel Consortium (PPC). The formulation should be smaller, orodispersible, and have improved taste properties compared to the existing treatment. Members of the PPC include Merck, Astrellas, Lygature, Farmanguinhos, and SimCYP.

News Archive Research | we do Services | we offer