Two PhD students, Katharina Roser and Anna Schöni, studied the health impacts
of mobile phone use on adolescents. In this HERMES study, they discovered negative effects on spatial memory. 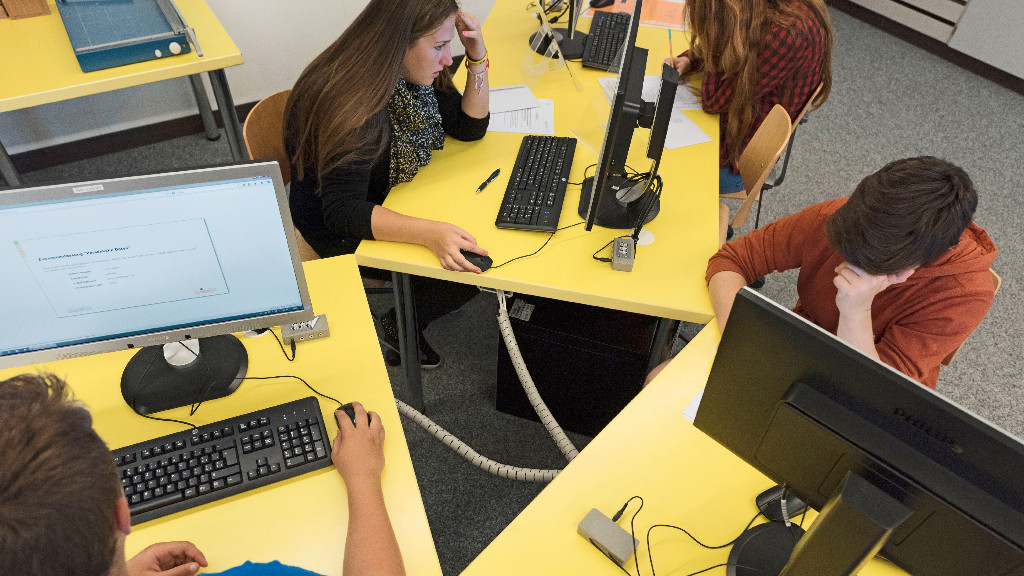 Phone Calls Have the Greatest Impact on the Adolescent Brain

The analysis revealed that three quarters of the brain’s exposure to radiation are attributable to phone calls, with just one quarter being made up by other sources such as data traffic via WLAN and the mobile network. When it comes to whole-body exposure, however, notebooks and tablets play a more central role with around 35%. Mobile phone towers and radio and television aerials contribute just around 6% to the brain dose and 10% to the whole-body dose.

“The large majority of radiation exposure is down to the device itself,” says Martin Röösli. In contrast to the widely held belief, mobile phone towers appear to play a minor role in general.

At the beginning of the HERMES study and then 12 months later, the adolescents completed various cognitive tests on their ability to concentrate and their linguistic and figurative memory. Using standardised questionnaires, the researchers also recorded health symptoms such as headaches, tiredness and physical well-being.

This revealed an interesting picture: nighttime mobile phone disruptions actually do lead to health impairments such as tiredness, more rapid exhaustion, headaches and uneasiness in adolescents. It was not possible, however, to establish a link with the radiation sources – the cause was much more likely to be the disrupted sleep itself.

On the other hand, the researchers did demonstrate a link between radiation dose and memory performance. The adolescent test subjects were asked to memorize various word groups or figures in a standardised test aimed at studying figurative and linguistic memory. The test was repeated after a year, and compared with individual radiation doses over the previous 12 months.

Adolescents with higher radiation doses did not perform as well in the figurative memory test as those with low doses, while in the verbal memory test this correlation was not apparent.

“This is extremely interesting because figurative memory is located in the right brain, while the verbal centre is in the left,” says Martin Röösli. In the study, 81% of participants said they tended to hold the phone to their right ear when making a call. And in adolescents who use the phone on the left, it was their verbal memory – which is located on the left – that suffered more.

Martin Röösli therefore assumes that different parts of the brain are exposed to radiation depending on whether an individual holds their phone to the left or the right, and that different effects can occur as a result. The impairment of figurative memory is directly attributable to exposure of the right brain to radiation due to the phone being held to the right while making a phone call. The verbal centre in the left brain remains relatively unaffected.

“On the basis of our data, we conclude that high-frequency electromagnetic radiation can indeed have an impact on memory performance when the mobile phone is frequently held directly to the ear,” says Martin Röösli.

The epidemiologist plans to study these findings further in the next phase of the project.

Phone calls, WhatsApp or Facebook – today, 98% of adolescents in Switzerland own a mobile phone. While the large number of apps available allows for unlimited possibilities for communication and gaming, there is continued uncertainty as to the health impact of extensive mobile phone use.

With HERMES, Professor Martin Röösli and his team found a link between mobile phone use and cognitive memory tests for the first time. The researchers had access to detailed mobile phone usage data over a period of one year for 439 adolescents in school grades 7 and 8 (aged 13 to 15 years): connection times, quality and type of connection (spoken, SMS or data). In addition, high-frequency radiation was measured with dosimeters for a number of study participants.

“Thanks to the data from providers, we were able to objectively calculate the individual radiation dose for each study participant,” says project leader Martin Röösli. The radiation dose to which both the brain and the body as a whole are exposed was estimated on the basis of sophisticated models. For the first time anywhere in the world, the study was thus able to estimate cumulative radiation exposure on brain and body over the course of a year.

HERMES (Health Effects Related to Mobile phonE use in adolescentS) studied the link between mobile phone use in adolescents and impacts on cognitive ability, behaviour and health-related quality of life. Two PhD students evaluated usage data from around 500 adolescents in school grades 7 and 8 over a period of 12 months, and tested their cognitive ability with standardized computer
tests. Behaviour and health-related quality of life were surveyed by means of standardized questionnaires for adolescents and their parents.