Under the leadership of Nicolaus Lorenz, the Swiss Centre for International Health
grew enormously. He had always one goal in mind: to improve the health conditions of the poorest of the poor. 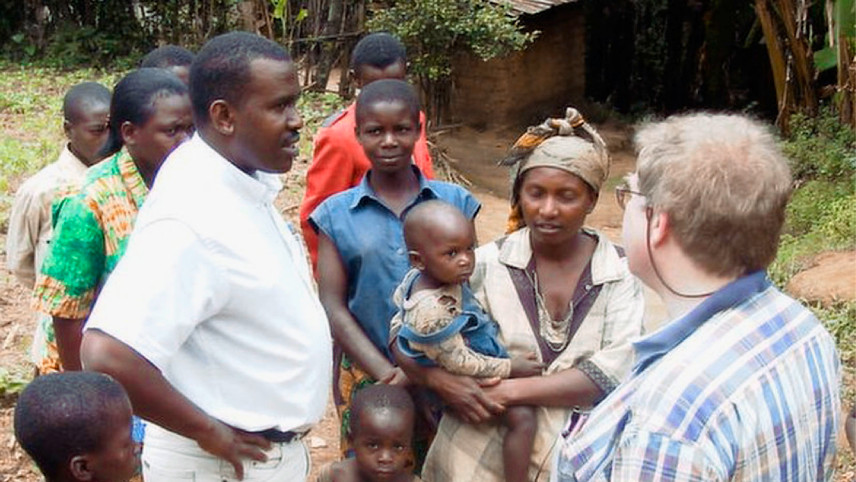 As head of department, Nicolaus Lorenz pursued manifold activities. He taught master and post-graduate students in topics such as urban health. He served as expert advisor to the German and Swiss Development Agencies, as well as to the World Health Organization. He directed major international mandates; the most recent example being the investment framework for malaria eradication 2016–2030 (Action and Investment for Malaria Eradication – AIM) that was successfully launched in autumn 2015 and
complements WHO’s Global Technical Strategy. He also served on the Board of Trustees of the International Centre for Diarrhoeal Disease Research, Bangladesh (icddr,b) in Dhaka, Bangladesh for more than six years, including three years as its Chair. For many years, he was the Chair of the Executive Board of the Medicus Mundi International Network.

Nicolaus Lorenz dedicated his professional life to improving people’s health by advancing health services in low- and middle-income countries. He particularly cared for the poorest segments of the population. Nicolaus Lorenz strongly felt that population health could only be improved by working together in partnership, with the shared aim of building-up and fostering strong health systems. Swiss TPH and everybody who has worked with Nicolaus Lorenz over the last three decades have great
respect for all of his achievements towards improving the health of populations and towards creating a strong and  internationally recognized service department at Swiss TPH.

We are deeply thankful for his extensive contributions to the development of Swiss TPH and to improving health in so many parts of our world. He has left a profound and lasting mark on our institute and we truly wish him all the best in the years to come.

As a trained physician, Nicolaus Lorenz started his professional career in global health back in the 1980s in Burkina Faso, where he was a district medical officer. Subsequently, he consolidated his expertise and experience through formal MPH and MBA studies in London. In 1990, he joined the former Swiss Tropical Institute (STI) to develop and oversee project implementation activities in the field of urban health, mainly in Africa. From 1997 onwards, he very successfully built-up and shaped the Swiss Centre for International Health (SCIH) as a new department at Swiss TPH. Under his leadership, the department grew to some 200 collaborators
in more than 30 countries. SCIH developed a broad range of activities in areas such as sexual and reproductive health, primary health care, health information systems and programmatic and financial programme monitoring.

Nicolaus Lorenz served as the head of the Swiss Centre for International Health at Swiss TPH from 1997 to 2015 and as Deputy Director of the institute from 2009 to 2015. Following a sudden medical incident while on a mission to Mozambique, he had to step down from his positions just a few months before his planned retirement. Under the leadership of Nicolaus Lorenz, the Swiss Centre for International Health grew enormously. He had always one goal in mind: to improve the health conditions of the poorest of the poor.

Kaspar Wyss studied at the University of Basel and obtained a PhD and a Master in Public Health at Harvard University. As a public health specialist he is interested in questions of health systems strengthening, HR development and increasing access to health care delivery. Kaspar Wyss has extensive international experience in developing and implementing health strategies especially in countries in Africa, Eastern Europe and Central Asia. He has been working for Swiss TPH in several functions since 1990. Before his election as new head of the Swiss Centre for International Health, he led the “Health Systems Support Unit” and acted as deputy head of department.

Wyss carries out several international mandates for WHO, the World Bank, SDC or the GiZ. In Switzerland, he was responsible for several mandates like the BAG in the area of non-communicable diseases. Wyss teaches several courses within the MSc in Epidemiology at the University of Basel as well as in postgraduate studies in the field of public health and supervises Master and PhD students.