Tobias Schindler has received the R. Geigy Award 2020 worth CHF 20,000 in recognition of his achievements in the development of new diagnostic tools in the fight against diseases such as malaria and the COVID-19 pandemic in Africa. In memory of Rudolf Geigy, the biologist and founder of the Swiss Tropical and Public Health Institute (Swiss TPH), the R. Geigy Foundation presents this award every two years to young researchers who have distinguished themselves through outstanding achievements in the field of neglected tropical diseases or public health. 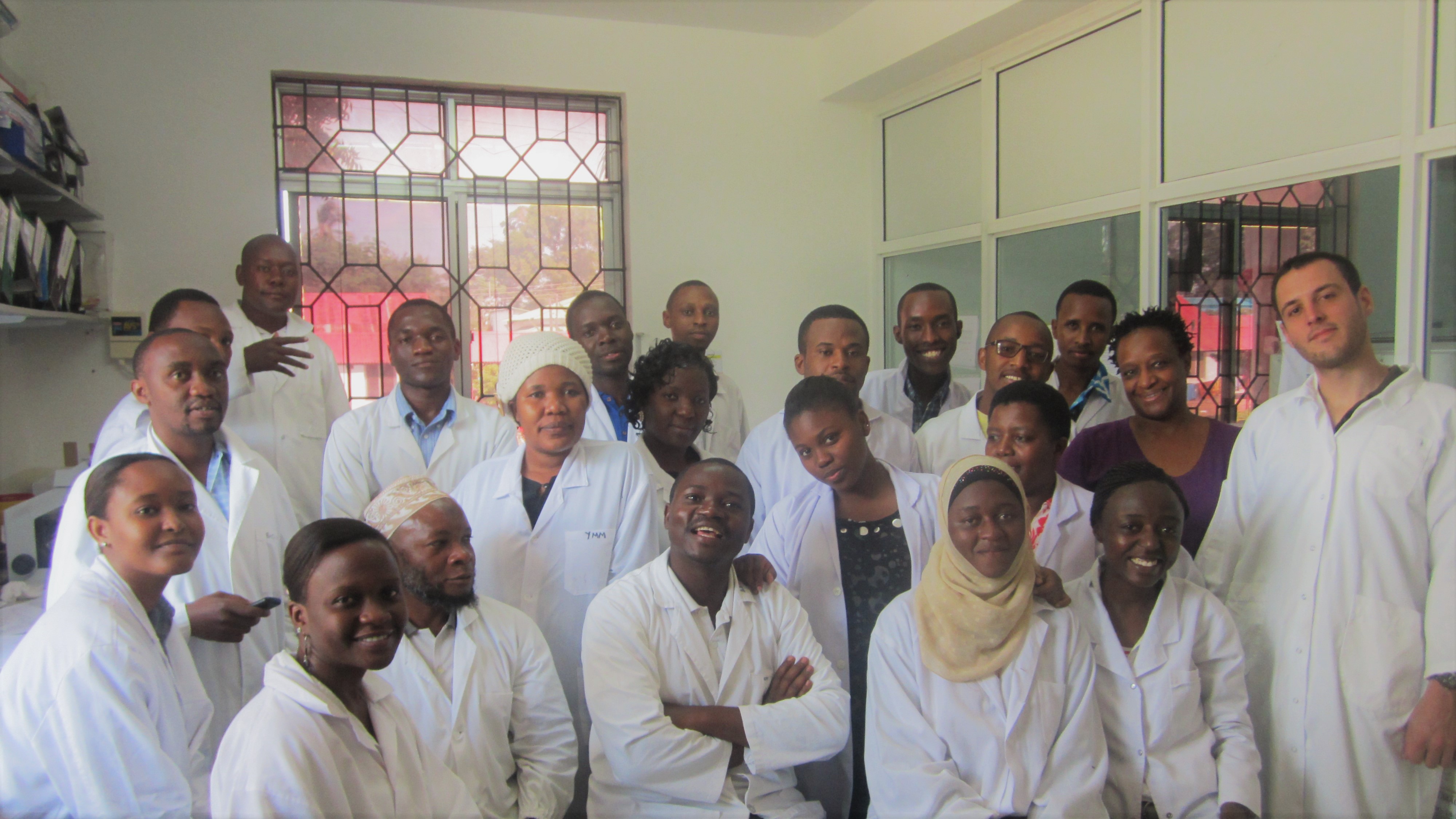 An exact diagnosis of fever diseases is not common in Africa, as patients with a fever are still routinely treated only for malaria. Together with partners from the Ifakara Health Institute (IHI), Tobias Schindler, Postdoctoral Scientific Collaborator at Swiss TPH, has developed a molecular diagnostic platform for the exact detection of malaria in Tanzania and Equatorial Guinea. During the COVID-19 pandemic in Equatorial Guinea, Schindler and his team used their infrastructure to diagnose and treat the respiratory disease. For this work, he receives the 11th R. Geigy Award, worth CHF 20,000.

"In the spirit of Rudolf Geigy, Tobias Schindler made a significant contribution to improving the diagnosis of malaria and the spontaneous fight against the devastating COVID-19 pandemic in Africa under sometimes difficult conditions," said Marcel Tanner, President of the R. Geigy Foundation, in recognition of the awardee.

Molecular diagnostics for a Phase II clinical trial in Tanzania

Tobias Schindler and his team from the IHI developed a platform with state-of-the-art molecular tests for improved malaria diagnostics. This formed the basis for a clinical trial (Phase II) with a vaccine from Sanaria. The goal of Tobias Schindler and Claudia Daubenberger, Immunologist and Head of the Clinical Immunology unit at Swiss TPH, was to establish a test environment that allowed for a controlled malaria infection. The test individuals were injected with infectious malaria pathogens, or so-called sporozoites. They were then treated for the disease immediately after the malaria parasites were detected in the blood. "The trial placed high demands on the diagnostics," Schindler recalls. The test individuals had to be monitored day and night in order to treat them quickly at the slightest sign of infection.

Fight against SARS-CoV-2 in Equatorial Guinea

Tobias Schindler and Swiss TPH were in the process of transferring the diagnostic platform from Tanzania to Equatorial Guinea when the corona virus was spreading in Equatorial Guinea. "We were fortunate to have a well-equipped reference laboratory and trained personnel on site to test and treat corona patients," said Tobias Schindler. Support came also from the government who was willing to do something about the pandemic. Tobias Schindler and his team were on site day and night, testing people for the infection. "We were impressed by the smooth cooperation between Swiss TPH, the government of Equatorial Guinea, the World Health Organization and the IHI," said Tanner.

In the West African country, the official statistics have recorded around 5,100 infections and 85 deaths since the outbreak of the pandemic (as of 22 November 2020). Even though the number of unreported cases is probably higher, Tobias Schindler also sees the positive aspects: "We have seen that a lot is possible where many people were previously convinced the opposite was true. That local experts can be quickly trained to test the population for the infection in good time," he said.

About the R. Geigy Award

The R. Geigy Award was first awarded in 2000. Since then, the R. Geigy Foundation presents its award to one or more awardees every two years. They present their research to the public in December at an award ceremony in Basel. The award is conferred in memory of Professor Rudolf Geigy, who was born in Basel on December 20, 1902. The aim of the prize is to honour scientists who have made outstanding contributions to research into neglected tropical diseases or public health, combining laboratory and field-work in innovative ways.