A milestone in the fight against malaria

The malaria parasite employs an effective trick: it forces transmission from human to human as soon as the conditions in the host deteriorate. An international research team involving the Swiss Tropical and Public Health Institute has discovered the molecule that plays a key role in this process. The scientific paper was published today in the peer-reviewed journal Cell. 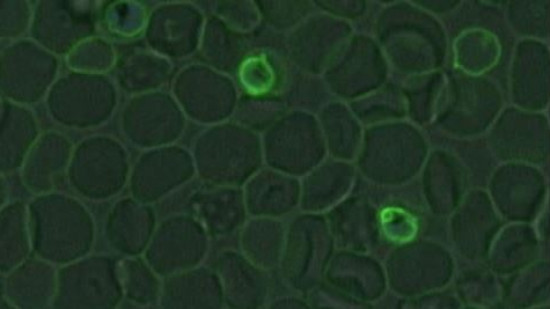 An important step toward stopping transmission of the malaria parasite.

Malaria parasites are both dangerous and versatile. On entering the human bloodstream, they multiply exponentially. The blood stages of the infection cause all the complications associated with this devastating disease.

However, uninhibited proliferation of these asexual forms would be fatal for the parasite: it has to be transmitted to the next person before the resources of its current host are exhausted. For that reason, the parasite transitions from an asexual to a sexual stage. It is only the gametocytes, as they are known, that can infect the malaria mosquito and thus ensure that the parasite is transmitted to other people.

Scientists have been speculating for years about how the malaria parasite regulates the decision between asexual reproduction and the production of transmittable gametocytes. A team of researchers from the Harvard T.H. Chan School of Public Health, the Harvard Medical School and the University of Glasgow, and also involving the Swiss Tropical and Public Health Institute (Swiss TPH), has now shown that a molecule produced by the human body called lysophosphatidylcholine (LPC) plays a key role in this process.

The molecule helps the parasite to produce new cell membranes and to reproduce. If the concentration of LPC in human blood is low, the parasite recognises this and changes its strategy. Rather than reproducing, it switches to the transmittable gametocyte stage.

“This result surprised us,” says Nicolas Brancucci, scientific collaborator at Swiss TPH since June. He is the lead author of the study that was published in the peer-reviewed journal Cell on 9 November 2017. “For the first time ever, we have been able to prove that the malaria parasite does not follow a fixed programme in the human body but reacts flexibly to environmental influences,” Brancucci says.

The researchers assume that the parasite uses LPC to determine the number of parasites in the bloodstream and the severity of the human host’s disease. “These two indicators are key in regulating the parasite’s transition to the infectious gametocyte stage, thus ensuring transmission from person to person,” the molecular biologist explains.

The Cell study’s findings are an important milestone in the battle against malaria. If the parasite could be prevented from forming gametocytes, the transmission of the disease could be stopped. “The discovery of the molecular mechanisms regulated by LPC is an essential step on the road to achieving this major goal,” says Till Voss, Head of the Gene Regulation Unit at Swiss TPH and co-author of the study.