A few days before his 90th birthday, Thierry Alfred Freyvogel-Jenny (4 May 1929 - 24 April 2019) passed away peacefully at home. We have lost a sensitive, farsighted, witty and socially engaged person, a respected colleague and dear friend. 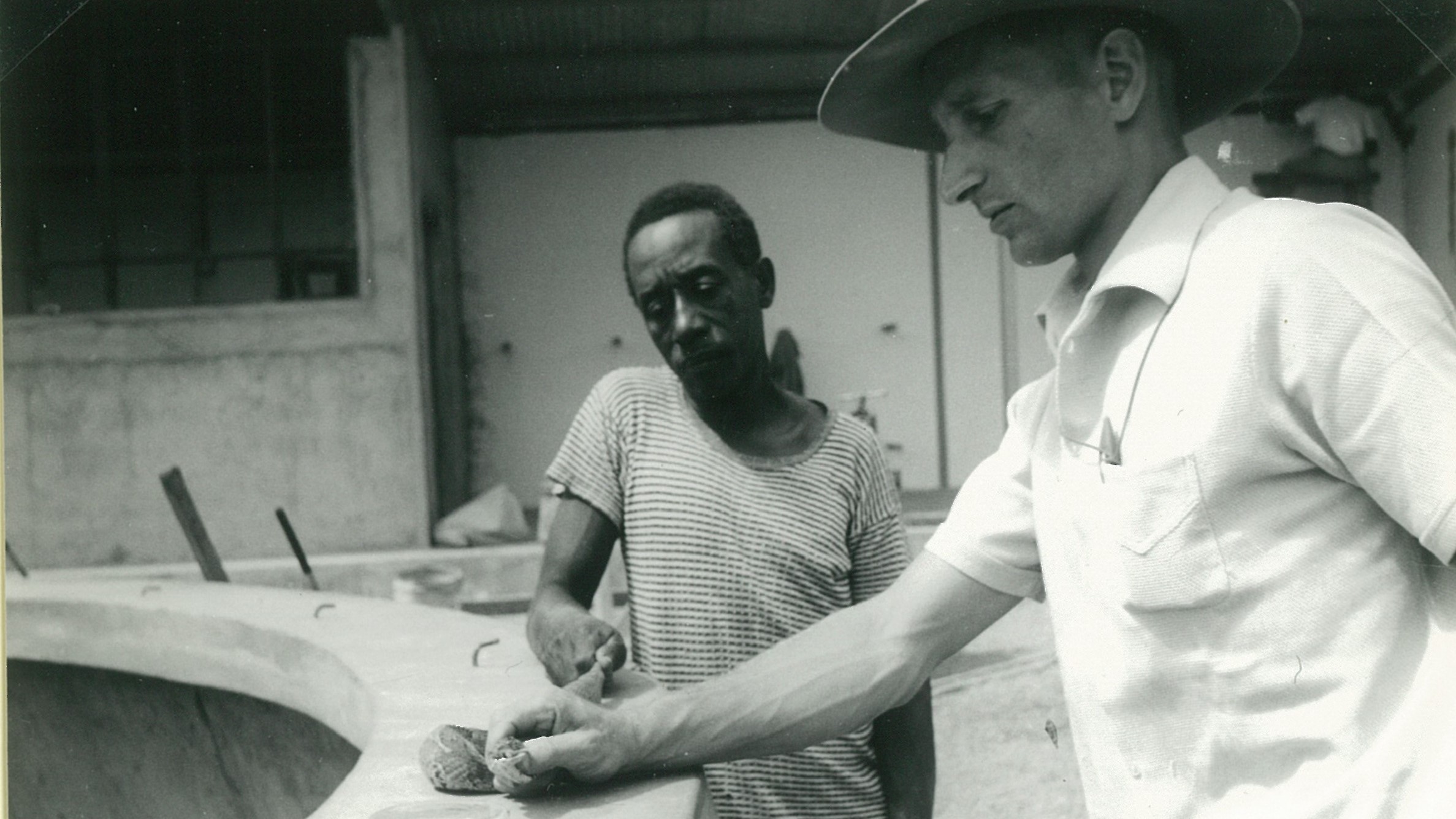 His tireless research on venomous animals in East Africa and the fearless handling of the animals also brought Thierry Freyvogel the nickname "Bwana Nyoka", master of snakes (Photo: Swiss TPH).

Thierry Freyvogel was born in 1929 in a home that was open to the world and deeply rooted in Basel's culture. He spent his early childhood in Paris, where his love of the French language and culture developed. When the Second World War broke out, his family moved back to Basel. Here he lived through the difficult wartime and created energy and vitality in the courage and confidence radiated and lived by his family. These roots gave him and his three siblings determination and stamina for life.

Thierry Freyvogel’s professional pathway became a vocation during his zoology studies. He happily reported how he found his way to research, teaching and later to the tropics thanks to two great academic teachers who could not have been more different: Rudolf Geigy and Adolf Portmann.

After studying zoology at the University of Basel and completing his doctorate under the supervision of Rudolf Geigy, he set up the field laboratory of the Swiss Tropical Institute (now Swiss TPH) in Ifakara, Tanzania, from 1955 to 1957. He thus laid the foundation for the partnership with Tanzania that continues to this day. Affectionately called "Ndege Huru" (free bird) by the local population, his experiences in Africa had a formative influence on him throughout his life.

The enormous malaria transmission around Ifakara drove Thierry Freyvogel to new scientific findings on malaria on the one hand and deepened his understanding of the ecosystems and living conditions of humans on the other. Thierry shared these insights and his amazement of nature most impressively when he stayed with us, his European and African students, in the African bush. Experiencing the field under the impressive starry sky deep into the night, discussing, reflecting and listening to his stories of wonderful humour and stirring depth around a fire, encouraged our enthusiasm and commitment.

In his habilitation thesis "About the Twofold Tasks of Parasitology", which he presented at the University of Basel, Freyvogel condensed his fundamental experiences in Africa and the responsibility that grew out of them. He stressed how important it is to study biological processes, and how at the same time we are ethically obliged to implement scientific results for the benefit of the people concerned. On this basis, he took over the management of Swiss TPH from Rudolf Geigy in 1972. As a university lecturer, he was committed to the development and preservation of organismic zoology in Basel. It is thanks to him that this subject is now secured in the Department of Environmental Sciences through structural professorships.

During his time as Director of Swiss TPH, Thierry Freyvogel was also active as an expert for the World Health Organization (WHO), the Swiss Agency for Development and Cooperation (SDC) and the European Tropical Institute Network. After his resignation, his commitment focused in particular on the Swiss Academy of Sciences. The Commission for Research Partnerships with Developing Countries (KFPE), which he founded and which is now internationally recognised, benefited greatly from his experience and knowledge in Africa. Thanks to Thierry Freyvogel, the KFPE is now a reference on how cooperation in teaching and research can contribute to a better world.

His wife Nadine, who passed away two and a half years ago, was a great source of support and inspiration throughout his life. Her cheerful, intelligent nature, social and innovative personality awakened many powers in Thierry and gave him a zest for life.

Thierry Freyvogel has never forgotten his local roots. Throughout his life he was strongly committed to the Zoo in Basel, he was a master to the “Zunft für Hausgenossen” and an enthusiastic member of the Zofinger, a traditional Basel student fraternity.

In all these memories, we remember his perceptive, humorous and consistent being and with it a vision for a better world. This is how Thierry Freyvogel lives in us and with us. We are all very grateful to him and express our deepest condolences to his family.