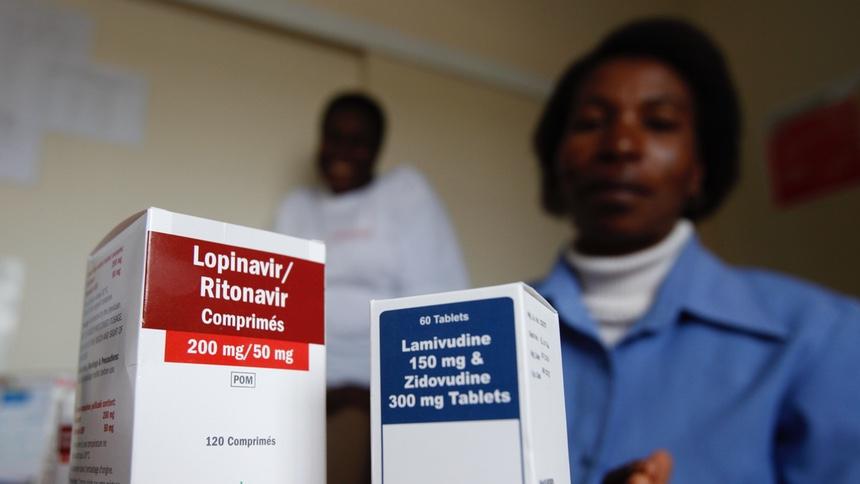 In 2019, 68% of adults and 53% of children with HIV globally were receiving antiretroviral therapy. Photo credit: Dominik Labhardt

In 2019, 68% of adults and 53% of children with HIV globally were receiving antiretroviral therapy (ART). The aim of ART is to block viral replication and thus suppress the viral load (amount of HIV in the bloodstream) below the detection limit, which is typically 20 or 50 copies of HIV per millilitre. Suppressing the HIV viral load below the detection limit means that the person is very unlikely to develop AIDS and cannot transmit the virus to others.

In a new study published today in the peer-reviewed journal PLOS Medicine, researchers assessed if participants with a HIV viral load below 1,000 copies/mL benefited from switching to second-line ART instead of continuing with the recommended first-line ART. Findings show that switching to second-line ART resulted in a greater proportion of participants having an undetectable viral load, therefore achieving viral suppression.

"This is the first published randomized trial which assessed whether a regimen switch is beneficial for patients with a persisting low level of HIV in their blood stream," said Niklaus Labhardt, principal investigator of the study and Research Group Leader in HIV and Chronic Disease Care at Swiss TPH. "The findings encourage the threshold for virologic failure to be lowered below 1,000 copies/mL in the upcoming WHO guidelines to ensure that HIV patients have a greater chance of successful treatment outcomes."

WHO guidelines define virologic failure as a viral load of ≥1000 copies/mL in resource-limited settings specifically. In contrast, HIV guidelines in middle- and high-income countries set the threshold at a lower level. In resource-limited settings with less frequent HIV monitoring and limited follow-up, the use of the lowest possible treatment failure threshold is particularly important to use in order to be able to react in a timely manner.

The trial, known as SESOTHO (Switch Either near Suppression Or THOusand), was led by the Swiss Tropical and Public Health Institute (Swiss TPH) and partners at the University of Basel, the University Hospital Basel, SolidarMed, Partnerships for Health and the Ministry of Health of Lesotho.

HIV targets the immune system and weakens people's defence against infections. As the virus destroys and impairs the function of immune cells, infected individuals gradually become immunodeficient. The most advanced stage of HIV infection is acquired immunodeficiency syndrome (AIDS), which can take many years to develop if not treated. HIV can be suppressed by treatment regimens composed of a combination of two or more drugs. Current ART does not cure HIV infection but suppresses viral replication within a person's body and allows an individual to strengthen their immune system.