Climate change not only has an impact on the environment, but also significant effects on global health. What exactly these effects are and how to mitigate them were the questions addressed at this year’s Swiss TPH Winter Symposium. Experts from academia, public administration, international organisations and the private sector joined the pressing discussions around climate change and health from 5-6 December in Basel. 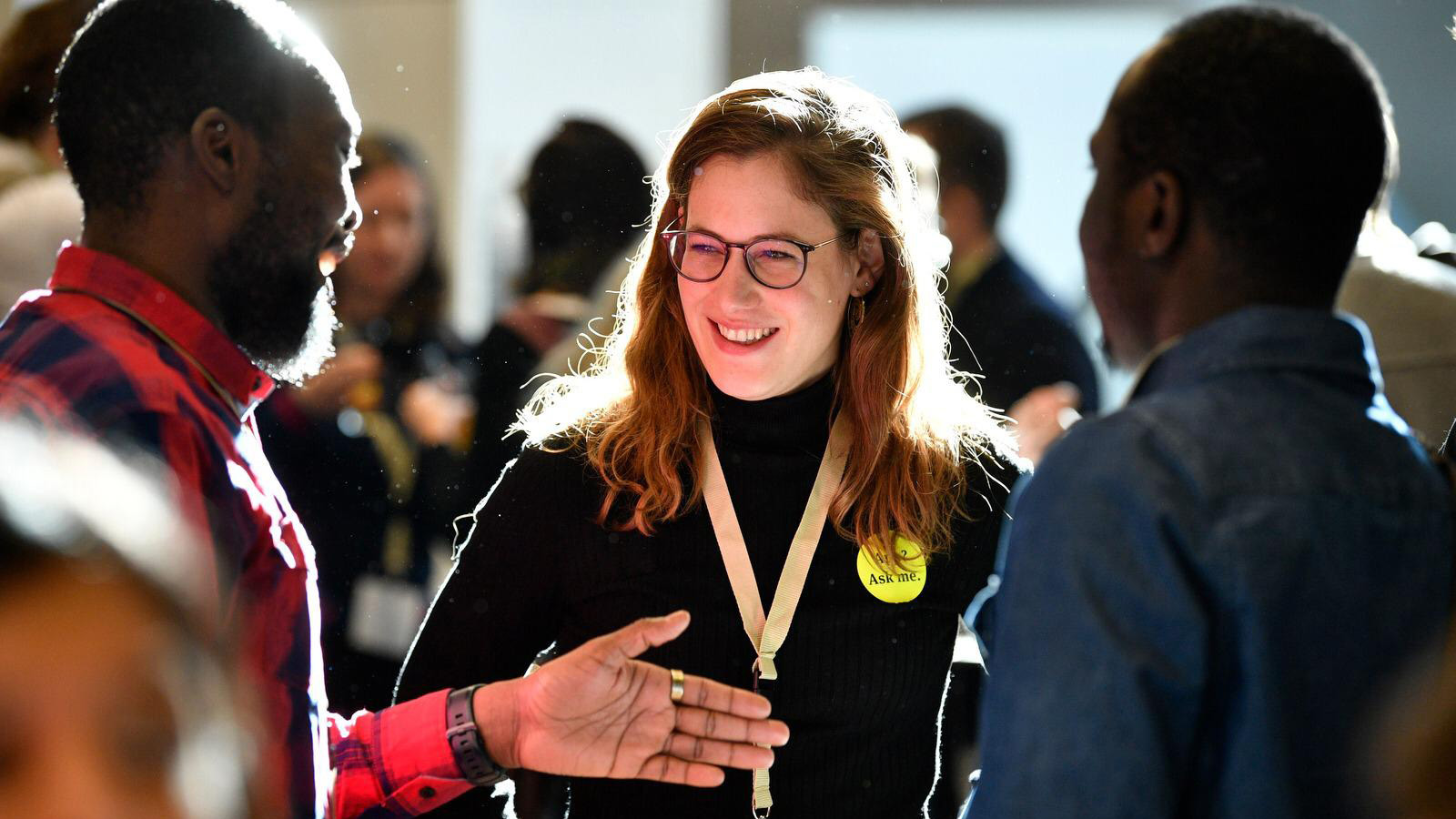 Around 400 participants gathered in Basel to discuss the link between climate change and health (photo: Dominik Plüss/Swiss TPH)

“Kristie, thank you so much for not coming to Basel – the floor is yours,” said Nino Künzli, Swiss TPH as he welcomed one of the first speakers, Kristie Ebi from the University of Washington. In the spirit of the topic, this year’s Swiss TPH Winter Symposium brought many new features – including video conferencing and live streaming – reducing the ecological footprint of the event by an estimated 28 tons of CO2.

Kristie Ebi, despite talking from the other side of the globe, made her point loud and clear: “Every action matters, every bit of warming matters, every year matters, every choice matters!” Indeed, the World Health Organization (WHO) estimates that approximately 250,000 deaths annually between 2030 and 2050 could be due to climate change, with vulnerable populations being the most affected.

“One of the biggest health threats of this century”

“There is no more denying the various effects that climate change has and will have on health; it is becoming one of the biggest global health threats of this century,” said Guéladio Cissé, Swiss TPH and co-chair of the symposium. “The effects are manifold and not just linked to extreme weather events. Temperatures also, for example, affect water quality and hence, water- and food-borne diseases, and create breeding grounds for diseases which are transmitted by vectors such as mosquitoes.”

Pie Müller, Head of the Vector Control group, presented on the prevalence of the Asian tiger mosquito in the region of Basel. “The mosquitoes have adapted to colder temperatures, but in many places it is still too cold for them to survive the winters. Therefore, climate change is becoming a driving factor in the spread of the Asian tiger mosquito as more and more areas are becoming suitable habitats for them,” said Müller.

Several presenters also alluded to the effect of heat on mortality. Martina Ragettli, Swiss TPH, pointed out that in Switzerland, cantons have reacted in different ways to the recent hot summers, which makes Switzerland an interesting case study to investigate adaptation measures. Strikingly, she observed less pronounced heat related mortality in cantons with heat action plans indicating the effectiveness of such adaptation measures.

The second day of the symposium focused on adaptation and mitigation measures. Roland Hohmann from the Federal Office for the Environment (FOEN) presented identified risks related to climate change across Switzerland such as heat stress and reduced work productivity. Based on these, the FOEN elaborated on adaptation measures including action plans and a tool kit to prepare the population for the event of a heatwave.

A country like Switzerland may have the means to confront climate change; according to Gerardo Sanchez Martinez from the UN Environmental Programme: “The best strategy to mitigate the effects of climate change is to be rich.” But what about low- and middle-income settings? Janine Kuriger from the Swiss Agency for Development and Cooperation (SDC) urged: “If we don’t work on mitigation and adaptation measures, we are likely to push 100 million additional people into poverty and we will not reach the Sustainable Development Goals (SDGs).”

Martin Röösli, Swiss TPH and co-chair of the symposium, concluded: “Climate change affects chronic diseases, infectious diseases, mental health, food security and work productivity. The most relevant question for research is how to improve population health in the era of climate change, On the one hand, we should mitigate climate change by achieving net zero emissions as fast as possible. On the other hand, the health system needs to prepare for the changes that are already happening and allocate adequate resources accordingly.”