Swiss TPH researchers tested two different drug combinations against the parasitic worm Trichuris trichiura on Pemba Island, Tanzania. Findings show that a new treatment combination (moxidectin and albendazole) is inferior compared to the current recommended treatment combination (ivermectin and albendazole). However, moxidectin might serve as an alternative in areas in which ivermectin is not readily available or potentially where there are resistances against ivermectin. Results were published on 28 October in the Lancet Infectious Diseases Journal.

More than 1.5 billion people worldwide are infected with soil-transmitted helminths. The infections occur mainly in tropical and subtropical areas in sub-Saharan Africa, the Americas, China and East Asia and is closely linked to poverty. Infections can lead to nutrient deficiency, anaemia, and impaired growth, thus children and adolescents are especially vulnerable to these detrimental effects. Soil-transmitted helminth infections are caused by several species of parasitic worms. One of them is the whipworm Trichuris trichiura.

Given their increased vulnerability, control programmes often focus on preschool and school aged children. The main strategy to eliminate soil-transmitted helminths is preventive chemotherapy in the form of mass drug administration. The drugs of choice are albendazole and mebendazole. "While these drugs show mostly good results in other parasitic worm infections, they are unsatisfactory in Trichuris trichiura infections," said Jennifer Keiser, Head of the Helminth Drug Development unit at Swiss TPH.

Combination therapies gained increasing attention in the past years as a helminth control strategy to enhance efficacy and slow down drug resistance development. In 2017, WHO recommended the combination of ivermectin and albendazole as a treatment against soil-transmitted helminths. “The aim of our study was to assess the efficacy and safety of a new treatment combination, moxidectin and albendazole compared with ivermectin and albendazole against Trichuris trichiura,” said Sophie Welsche, recent PhD graduate at Swiss TPH. The study was conducted with partners from the Public Health Laboratory, Ivo de Carneri on Pemba Island, Tanzania among adolescents attending secondary school.

Previous research has shown promising results of administering albendazole and moxidectin against Trichuris trichiura. “Moxidectin is a particularly interesting candidate because the neglected tropical disease community has voiced concerns regarding potential resistance against ivermectin because of its long history of use in mass drug administration programmes against filarial diseases,” explained Emmanuel Mrimi, PhD candidate at Swiss TPH.

Moreover, moxidectin can also be used to treat another parasitic worm infection, namely onchocerciasis, commonly known as river blindness. Keiser continued: “In areas where moxidectin can be administered against onchocerciasis, a joint drug request for an integrated neglected tropical disease approach might be worth considering.”

The results were published on 28 October in The Lancet Infectious Diseases Journal. The study was funded by the Bill and Melinda Gates Foundation. 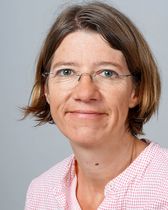