Climate change is an imminent threat to human health and well-being and to our planet. Urgent action is needed in order to reduce climate risks and secure a liveable future. To support policy-makers on climate-related action, the Intergovernmental Panel on Climate Change (IPCC) sixth assessment report was recently published, providing a detailed evaluation of the impact of climate change globally. Swiss TPH contributed to the chapter on the impact of climate change on health and well-being.

Human-induced climate change is causing perilous and extensive damage to nature, impacting the lives of billions of people around the world. Our planet’s ecosystems and the most vulnerable populations are being hit the hardest, according the latest  Intergovernmental Panel on Climate Change (IPCC) sixth assessment report.

The report, which was published in August 2022, assesses the impacts of climate change, looking at ecosystems, biodiversity and human communities at global and regional levels. It also reviews vulnerabilities and capacities of the natural world and human societies to adapt to climate change.

In the chapter on health, well-being and the changing structure of communities, a global team of authors compiled the impacts of a changing climate on health, well-being and migration and conflict. Authors described the observed and projected future risks of climate change and presented strategies to reduce risks, foster adaptation and increase climate resilience. Guéladio Cissé, Professor in Sanitary Engineering and Environmental Epidemiology and Head of the Ecosystem Health Sciences Unit at Swiss TPH, was one of the two Coordinating Lead Authors.

“We highlight that climate change has already had major impacts on health, with many of these projected to increase in the future due to extreme weather conditions, including an increase in heat-related morbidity and mortality, vector-borne, food and waterborne diseases, cardiovascular diseases and a greater threat to mental health and well-being,” said Cissé. “We also were able to show that with proactive, timely and effective adaptation, many risks for human health and well-being can be reduced and some potentially avoided.”

Currently, progress towards adaptation in the health sector is uneven and there are gaps between the action that is taken and what is needed to deal with the increasing risks, particularly in low- and middle-income countries. ‘“Global action is needed in order to adapt to climate change in a timely manner. In this IPCC report, we call upon concrete actions that need to be taken now, ranging from the policy arena to the individual level.” said Cissé.

The chapter proposes solutions to face these impacts, ranging from specific adaptation methods to collaborative international efforts, as well as targeted investments in health and ways in which we can achieve equitable, low-carbon societies. “The IPCC report urges for integrated approaches and cross-sectoral collaboration to advance sustainable development, generate co-benefits for health and build climate-resilient health systems,” said Cissé. “This goes hand-in-hand with the aim of action on health and climate change to be a key priority concern in national planning.”

The IPCC is the United Nations body for assessing the science related to climate change. It was established by the United Nations Environment Programme (UNEP) and the World Meteorological Organization (WMO) in 1988 to provide political leaders with several years periodic scientific Assessments Reports (ARs) concerning climate change, its implications and risks, as well as to put forward adaptation and mitigation strategies. The complete IPCC AR6 was released in 2022, almost 8 years after IPCC AR5. The Working Group II for AR6, who was responsible for the 18 chapters, including one on health, well-being and the changing structure of communities, was composed of 270 Lead Authors from 67 countries who worked across the entire IPCC report.

Swiss TPH experts study the health impact of climate change in various regions in Africa and Europe, assessing the influences of heat waves on mortality, monitoring the spread of the Asian Tiger Mosquito in the southern part of Switzerland or establishing risk profiles of African communities affected by heavy flooding with a particular attention to vulnerability of water and sanitation systems. Swiss TPH is now offering a course on Climate Change and Health within the Master in Epidemiology of the University of Basel. 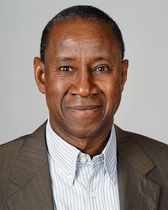