Migration increases the risk of tuberculosis outbreaks in populations. The Swiss Tropical and Public Health Institute (Swiss TPH) contributed to the documentation of a cross-border response to an outbreak of multidrug-resistant tuberculosis - one of the most common pathogens in humans.

Swiss TPH TB researchers in Bagamayo, Tanzania. Multi-drug resistance makes it necessary for people carrying these bacteria to be isolated and undergo treatment with multiple drugs at a hospital for up to two years.

Tuberculosis (TB), an infectious disease with a high global morbidity and mortality, is one of the top ten causes of death worldwide, killing an estimated 1.7 million people annually.

Global migration increases the risk of TB outbreaks in populations, also in Europe. Swiss TPH contributed to the detailed documentation of a cross-border response to an outbreak of multidrug-resistant Mycobacterium tuberculosis – one of the most common pathogens in humans.

The molecular epidemiological study, a wide transnational European investigation led by the University of Zurich and the Swiss National Mycobacterial Reference Laboratory, was published in The Lancet Infectious Diseases. It compiled epidemiological data from host countries of the European Centre for Disease Prevention and Control (ECDC) and interviewed a group of patients with multidrug-resistant TB who had arrived in Europe from the Horn of Africa and Sudan. Eight cases were recorded in Switzerland.

Swiss TPH pursued the epidemiological investigation for the Competence Centre for Epidemiological Outbreak mandated by the Swiss Federal Office of Public Health (FOPH). Swiss TPH helped characterize the TB bacteria responsible for the outbreak and developed the questionnaire that was used across the European countries concerned, and interviewed seven patients in Switzerland. Swiss TPH also interviewed cantonal representatives of the Lung League as well as physicians treating the TB patients.

“The combination of near real-time epidemiological and molecular data by the highly advanced laboratory technology called ‘whole genome sequencing’ allowed us to establish where and when the patients were infected with TB”, said Astrid Knoblauch from Swiss TPH, epidemiologist and first author of the study. “Through close collaboration with our European partners, this investigation made an important contribution in resolving and preventing a potential multi-drug resistant TB outbreak in Europe, including Switzerland.”

Swiss TPH and its Work on TB

“One third of all deaths caused by antibiotic resistance can be attributed to TB,” said Sébastien Gagneux, Head of Medical Parasitology and Infection Biology at Swiss TPH. Swiss TPH is a world-leading institute with a broad research portfolio pertaining to TB and antimicrobial resistance (AMR). “There is a general lack of awareness of the connection between TB and AMR,” said Gagneux.

With its holistic approach to improve the health of population nationally and internationally, the contribution of Swiss TPH to tackling, analyzing, monitoring and preventing TB is considerable. Together, the five departments at Swiss TPH are dedicated to foster excellence in research, services, education and training to counter this migrating infectious disease. 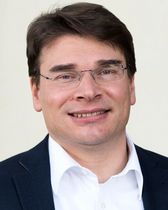 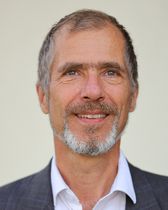