Air pollution and transportation noise are both associated with an increased risk of heart attacks. Studies on air pollution, which do not take into account traffic noise, tend to overestimate the long-term effect of air pollution on heart attacks. These are the results of a study conducted by the Swiss Tropical and Public Health Institute, and published today in the European Heart Journal. 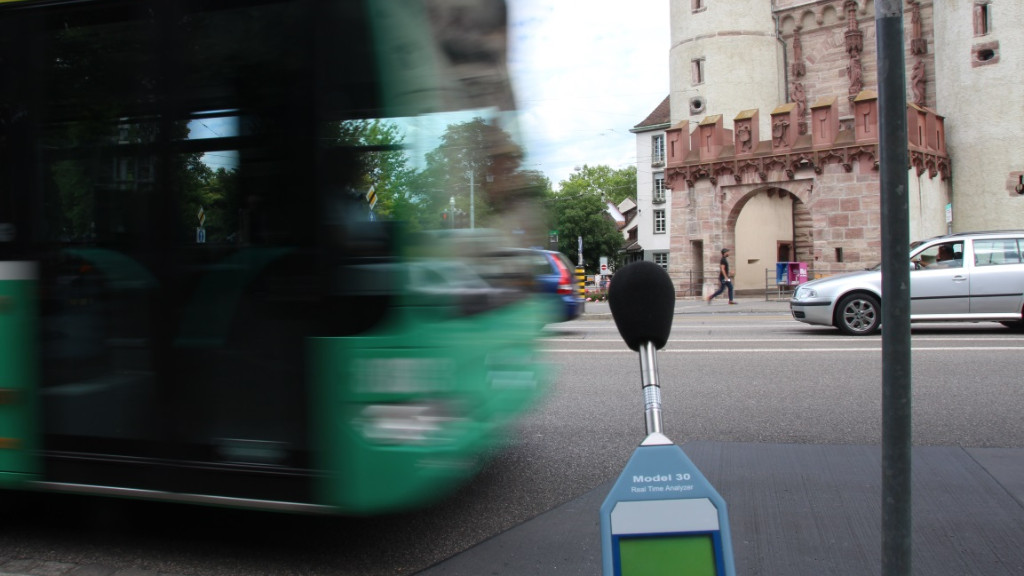 Considering transportation noise should be an integral part of any studies looking at the impact of air pollution on health (Photo: Jana Sönksen / Swiss TPH)

Where air pollution is high, the level of transportation noise is usually also elevated. Not only air pollution negatively impacts health, but also car, train and aircraft noise increases the risk for cardiovascular diseases and diabetes, as previous research has demonstrated. Studies investigating the effect of air pollution without sufficiently taking into account the impact that noise exhibits on health, might overestimate the effect of air pollution. These are the results of a comprehensive study conducted by the Swiss Tropical and Public Health Institute (Swiss TPH), which was published today in the peer-reviewed European Heart Journal.

The study looked at the combined effects of air pollution and transportation noise for heart attack mortality, by considering all deaths that occurred in Switzerland between 2000 and 2008. Analyses that only included fine particulates (PM2.5) suggest that the risk for a heart attack rises by 5.2% per 10 µg/m³ increase in the long-term concentration at home. Studies which also account for road, railway and aircraft noise reveal that the risk for a heart attack attributable to fine particulates in fact increases considerably less; 1.9% per 10 µg/m³ increase. These findings indicate that the negative effects of air pollution may have been overestimated in studies which fail to concurrently consider noise exposure.

"Our study showed that transportation noise increases the risk for a heart attack by 2.0 to 3.4% per 10 decibels increase in the average sound pressure level at home." said Martin Röösli, Head of the Environmental Exposures and Health Unit at Swiss TPH, and lead author of the published research. "Strikingly, the effects of noise were independent from air pollution exposure."

Effect of noise and air pollution are additive

Data from across Switzerland

The study included all deaths (19,261) reported across Switzerland from the period 2000 to 2008. The air pollution (PM2.5) was modelled using satellite and geographic data, calibrated with air pollution measurements from 99 measurement sites throughout Switzerland. Nitrogen dioxides (NO2) were also modelled using 9,469 biweekly passive sampling measurements collected between 2000 and 2008 at 1,834 locations in Switzerland. Transportation noise was modelled by well-established noise propagation models (sonRoad, sonRAIL and FLULA 2) by Empa and n-sphere. The air pollution and the transportation noise models were applied for each address of the 4.4 million Swiss adult citizen (aged 30 years and above).

The research was funded by the Swiss National Science Foundation (SNSF) and the Swiss Federal Office for the Environment (BAFU). The study was part of SiRENE (Short and Long Term Effects of Transportation Noise Exposure), an interdisciplinary research project combining experiments in the sleep laboratory, epidemiological investigations, survey data and acoustic calculations and modelling.