Swiss TPH brought together stakeholders from Switzerland and neighbouring countries to discuss the role of science and politics to enhance preparedness and response to future health emergencies. The overarching aim was to share and compare experiences and lessons learned during the COVID-19 pandemic across systems and settings.

On 16 August 2022, Swiss TPH hosted an informal high-level consultation with distinguished international and national representatives to substantially discuss and review the role of science and politics in responding better to future health emergencies.

The consultation welcomed participants from the Austrian Agency for Health and Food Safety (AGES), the “Institut de recherche pour le développement” (IRD) in France, the Federal Office of Public Health (FOPH), the Swiss Federal Institute of Technology (ETH Zurich), the Institute of Virology and Immunology (IVI), the Swiss Academies of Arts and Sciences and the Universities of Basel, Bern, Geneva, St. Gallen and Zurich to Swiss TPH.

“We were humbled to bring together diverse stakeholders from academia and politics to share – in a collegial atmosphere – our experiences during the COVID-19 pandemic. The exchange with our partners in Europe was particularly revealing,” said Jürg Utzinger, Director of Swiss TPH. “In a next step, we will extract key lessons learned in order to strengthen our preparedness and response to future health emergencies.”

Bernhard Benka from AGES in Austria, Benjamin Roche from IRD in France, Antoine Flahault from the Institut de santé globale at the University of Geneva and Tanja Stadler from ETH Zurich and former president of the Swiss National COVID-19 Science Task Force all shared experiences and future outlooks.

In the panel discussion that followed, Stadler and Benka were joined by Eva Herzog, representing the canton of Basel-Stadt in the Council of States; Milo Puhan, Director of the Epidemiology, Biostatistics and Prevention Institute at the University of Zurich; Marcel Tanner, President of the Swiss Academies of Arts and Sciences; and Barbara Wieland, Director of the Institute of Virology and Immunology, Switzerland.

During the panel discussion, an agile structure that embraces inter- and transdisciplinarity was proposed. A key feature would be integrated disease surveillance, which requires continuous synthesis and analysis of the data and generates evidence for informed decision-making. Such a structure will ultimately enhance trust and mutual understanding between scientists, decision-makers and the public. 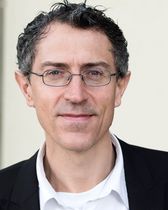