According to a large-scale analysis of more than 32 million cardiovascular deaths over four decades, more deaths occur on very hot and very cold days. Swiss TPH contributed to this multinational study, which was published today in the journal Circulation of the American Heart Association.

Extremely hot and cold temperatures both increase the risk of death among people with cardiovascular diseases such as ischemic heart disease (heart problems caused by narrowed heart arteries), stroke, heart failure and arrhythmia, according to new research published today in the American Heart Association’s journal Circulation.

Among the types of cardiovascular disease, people with heart failure experienced the most additional deaths when temperatures were at extremes.

Researchers explored how extreme temperatures may affect heart diseases – the leading cause of death globally. They analysed health data for more than 32 million cardiovascular deaths that occurred in 567 cities in 27 countries on 5 continents between 1979 and 2019. The global data came from the Multi-Country Multi-City (MCC) Collaborative Research Network, a consortium of epidemiologists, biostatisticians and climate scientists studying the health impacts of climate and related environmental stressors on death rates. Swiss TPH supported the study as member of the MCC Collaborative Research Network.

“Climate shifts toward warmer temperatures may further increase the burden of heat-related mortality in many countries,” said Martina Ragettli, epidemiologist at Swiss TPH and co-author of the study. “That is why effective public health measures are crucial to ensure heat-related mortality does not become an even larger problem in the future.” 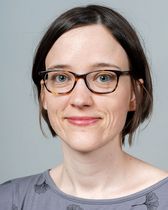