Insecticide-treated bed nets are the most widely adopted preventive measure against malaria, and represent an effective form of prevention for at-risk populations. A project by Swiss TPH and partners evaluated the durability of different bed nets and found that those with more robust fabrics have a longer life-span, and could save nearly 20% of costs associated with purchasing bed nets each year. 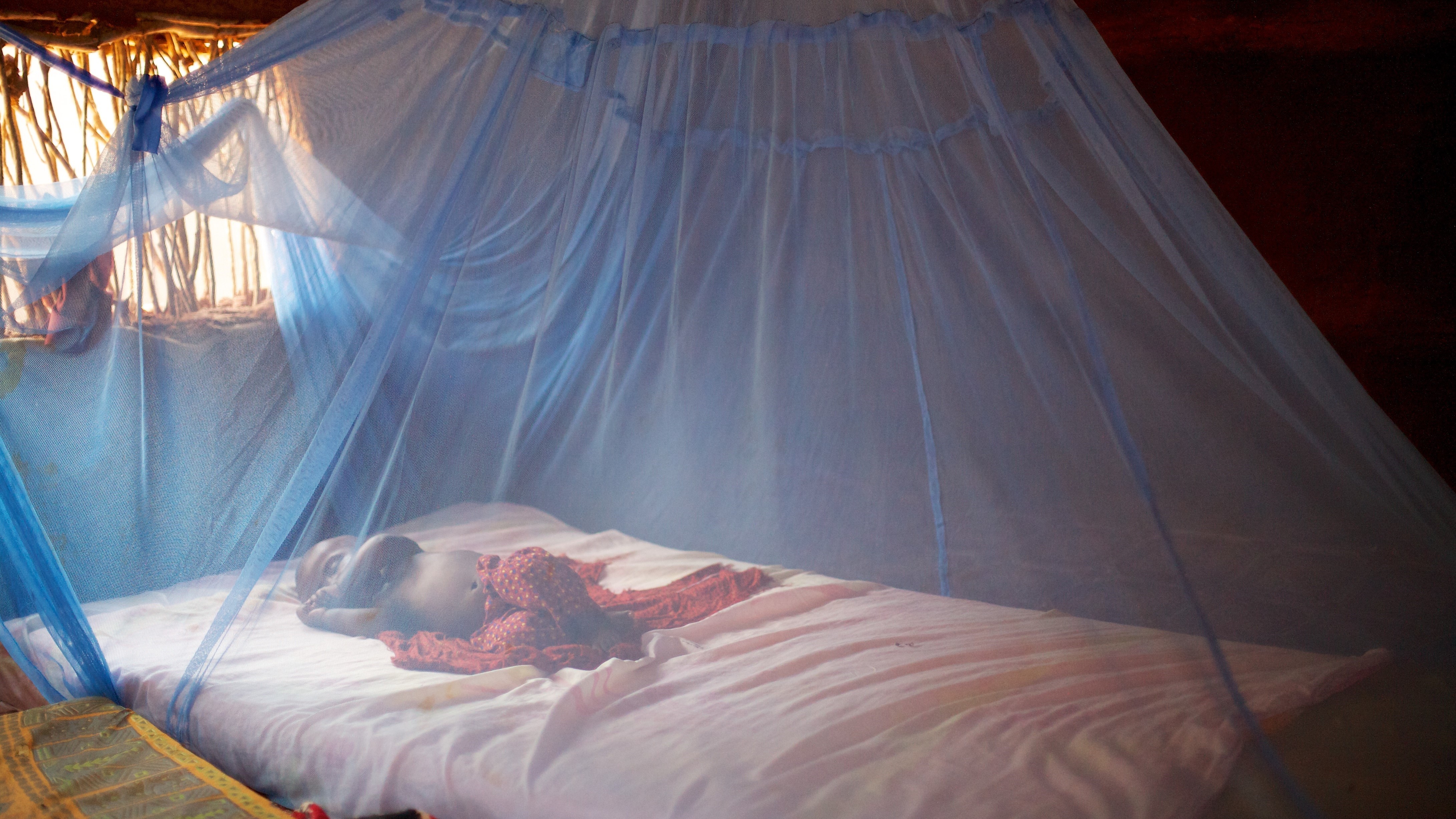 Over one billion bed nets were delivered globally between 2012-2017. (Photo credit: Sarah Hoibak)

Insecticide-treated bed nets (ITNs) are the most widely adopted preventive measure against malaria. ITNs work by both preventing bites and killing mosquitoes that are searching for humans at night. ITNs, and in particular long-lasting insecticidal nets (LLINs), represent a cost effective means of malaria prevention for at-risk populations.

A project by Swiss TPH and partners evaluated the useful life of three different LLINs over three years in Tanzania and determined that the bed nets with more durable fabrics had a longer life-span and could result in nearly 20% reduction of costs per year of the effective life of a bed net. If global procurement agencies choose more durable bed nets, it would result in fewer purchased nets and higher LLIN coverage. This would ultimately result in more sustainable malaria interventions, both physically and economically.

"More than 2 billion ITNs have been procured for public health. They are an incredibly important aspect of malaria control that have saved millions of lives. However, it is the user of the net that ultimately decides its effective life. When ITNs get damaged through wear and tear people throw them away, even when they are still insecticidal." said Sarah Moore, Group Leader at Swiss TPH.

As over one billion bed nets were delivered globally between 2012-2017, the measurement and reporting of the functional life of new ITNs on the market is a vital component of product evaluation. Previous research from the Health Interventions Unit at Swiss TPH showed that by increasing the life of bed nets, the number of nets needed to reach coverage targets could be reduced by up to 60%.

"The data we have collected can support policy makers and vector control specialists both in Tanzania and the Sub Saharan African region to maximise current gains in malaria control," said Moore. "New ITNs are being developed with brand new chemistries to combat insecticide resistance. These new ITNs cost substantially more than the current ones. In the future we hope to see new ITNs manufactured to be as durable as possible to maximise both cost effectiveness and the duration of protection against malaria for those using ITNs. Procurement agencies need to start selecting ITNs based on their value for money and not just the lowest price."

The project investigated LLINs effectiveness in eight districts of Tanzania, selected for their demographic, geographic and ecological representativeness of the country as a whole. Approximately 10,600 bed nets from three different brands were equally distributed.

The project brought together a multi-disciplinary international team of entomologists, epidemiologists, statisticians, and PhD students from the Swiss Tropical and Public Health Institute, Ifakara Health Institute, National Institute of Medical Research and the National Malaria Control Program in Tanzania, London School of Hygiene and Tropical Medicine, and the Norwegian University of Life Sciences. The project was funded by the Research Council of Norway.

Vectors are organisms that do not cause disease themselves but spread infections by carrying pathogens from one host to another. Mosquitoes are particularly important vectors as they spread some of the most devastating infectious diseases such as malaria. The Vector Control Interventions Group and the Vector Control Group at Swiss TPH study mosquito physiology, behaviour and ecology, and develop and evaluate new tools for the surveillance and control of disease transmitting mosquitoes. The two groups are also actively contributing to research training and capacity building through supporting PhD students and teaching in various courses.