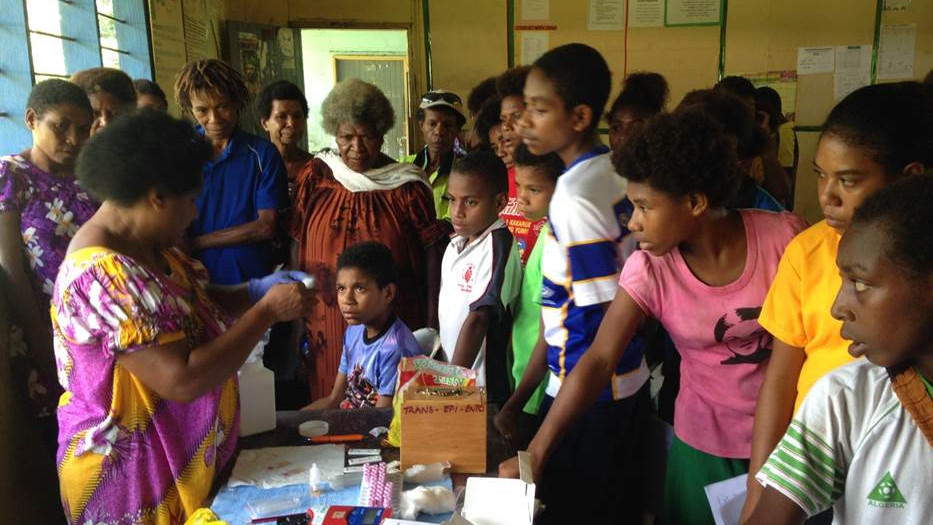 Malaria often causes symptoms such as fever, chills, and flu-like illness and when left untreated can lead to death. However, in areas where malaria is common, some people are infected and can transmit the malaria parasite without showing any symptoms. To ultimately eliminate malaria, it is important that all asymptomatic malaria carriers are detected and treated to stop the transmission of the disease.

Scientists at Swiss TPH, together with international partners, assessed the minimum essential sensitivity of diagnostic tests necessary for detection of asymptomatic malaria carriers in Papua New Guinea. To estimate how likely it is that a malaria carrier is able to transmit the parasite to the mosquito, scientists measured the gametocytes in the blood. Gametocytes are the parasite stages that can be transmitted from the human to the mosquito.

"The best way to detect most parasite carriers is to use venous blood samples and ultra-sensitive molecular diagnostic methods," said Natalie Hofmann, Postdoctoral Scientific Collaborator at Swiss TPH and first author of the study. "But this process is complicated and time-consuming and therefore not feasible in routine surveillance."

Finger-pricking is less invasive and more widely used in surveillance. "If finger-prick blood volumes are analysed with ultra-sensitive molecular methods, we can detect all infections with high gametocyte numbers. Only these are likely to be transmitted to mosquitoes." said Hofmann.

Hope was placed in a newly developed ultra-sensitive rapid diagnostic test (RDT), in which blood is also obtained through a finger-prick, but where no advanced laboratory infrastructure is necessary for diagnosis. "The newly developed ultra-sensitive RDT performs better than previous RDTs, but still detects only about half of the parasite carriers that are found by molecular tests in finger-prick samples. It also misses infections with high gametocyte numbers that can be infectious to mosquitoes." said Ingrid Felger, Head of Molecular Diagnostics at Swiss TPH.

These findings have implications for future malaria interventions in elimination settings. "For effective interventions aimed at malaria elimination, all potential transmitters need to be identified and treated with antimalarial drugs," said Felger. "Molecular tests, however, are often not available in remote areas to detect all infections. Research using molecular diagnosis provides essential information on who is likely infected in a community. Using this information, interventions can then be focused specifically on groups that are likely to carry parasites."

The study was led by Swiss TPH and the Papua New Guinea Institute of Medical Research (PNGIMR) and funded by the Swiss National Science Foundation (SNSF). PNGIMR is a long-standing partner of Swiss TPH and celebrates its 50th anniversary from 28 to 31 August 2018.