Protection by the malaria vaccine RTS,S is not only a matter of antibody quantity but also of quality. These are the findings of a study led by the Barcelona Institute for Global Health (ISGlobal) in collaboration with Swiss TPH and other partners. The research show for the first time that the higher the avidity of antibodies induced by the RTS,S vaccine, the greater the protection. The study was published yesterday in the peer-reviewed journal Nature Communications. 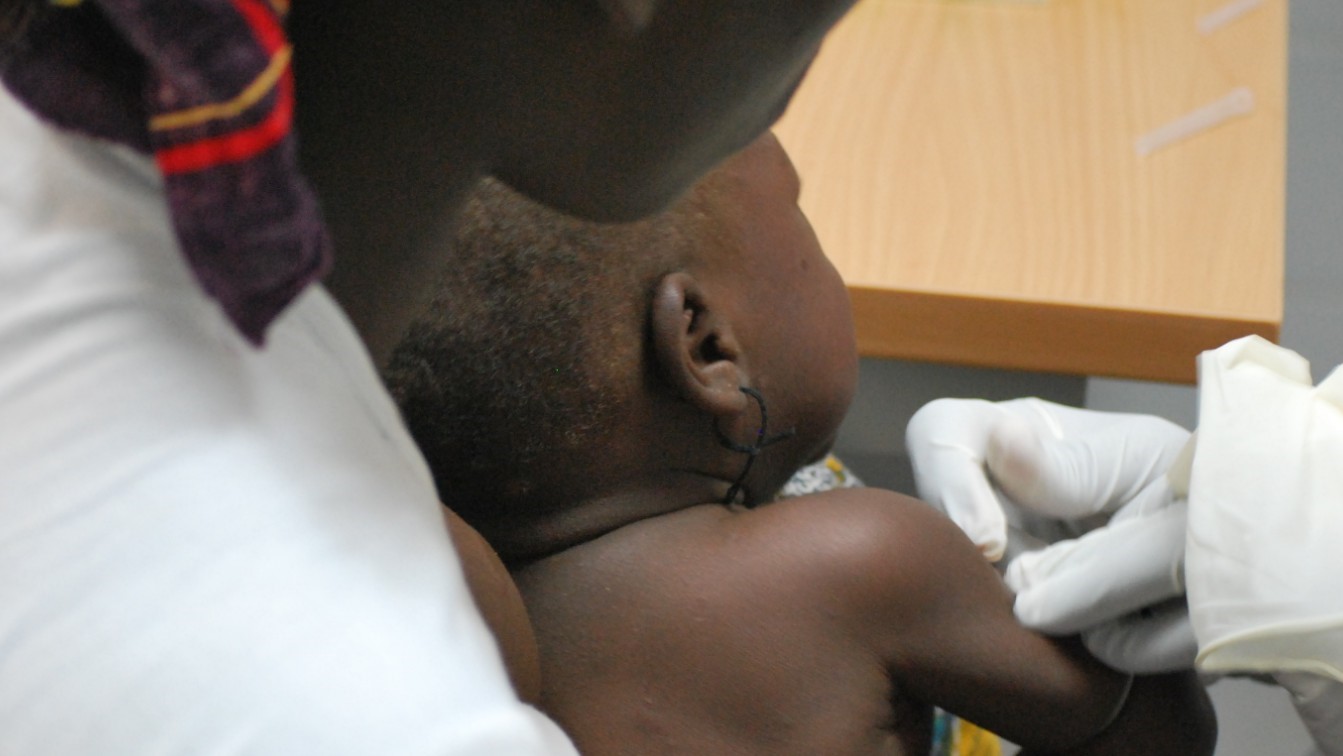 Most vaccines contain inactivated pathogens or pathogen fragments against which the body produces protective antibodies – ideally, a complete and long-lasting protection. This is not the case for RTS,S, which has the merit of being the first vaccine approved for large-scale pilot studies in Africa, but that protects only partially and for a limited amount of time. Over the last years, ISGlobal and research partners including Swiss TPH tried to understand why, and identify markers related to vaccine protection.

The RTS,S vaccine contains a fragment of the Plasmodium falciparum CSP protein, that goes from the central part, rich in amino acid repeats (NANP region) to the end (called the C-terminal end). In the study, scientists focused on measuring not only the quantity of antibodies against the NANP and C-terminal regions, but also their avidity (i.e. the strength with which they bind to their ligand). To do so, they analysed samples from over 1,000 infants (between 6 and 12 weeks of age) and children (5 to 17 months-old), vaccinated or not during the RTS,S phase 3 clinical trial in an area with low malaria transmission (Bagomoyo in Tanzania) and two areas with high malaria transmission (Nanoro in Burkina Faso and Kintampo in Ghana).

Less effect if children have been exposed to malaria before

The results show for the first time that vaccination not only induces a strong increase in the amount of antibodies against both CSP regions, but also in their avidity. This increase is stronger in children than in infants, which could explain why the former are better protected by the vaccine. “We see that, in terms of protection, the avidity of C-terminal antibodies is more important than the quantity, while for NANP antibodies quantity is more important than quality,” explains Carlota Dobaño from ISGlobal. The results also indicate that when a child has already been exposed to malaria (and therefore has anti-CSP antibodies), the protective effect of the vaccine is lower. “This suggests that the vaccine will better protect children who have been less exposed to the parasite, for example those living in low-transmission areas,” adds Dobaño.

“This research will help to understand the determinants of desired vaccination outcomes against malaria in infants and children,” said Claudia Daubenberger, Head of the Clinical Immunology unit at Swiss TPH.

The study was led by the Barcelona Institute for Global Health (ISGlobal) – an institution supported by “la Caixa”- in collaboration with the Bagamoyo Research and Training Centre, Ifakara Health Institute, Tanzania, the Kintampo Health Research Centre, Ghana, the Institut de Recherche en Sciences de la Santé in Nanoro, Burkina Faso, and Swiss TPH among others.