R. Geigy Award 2022 Goes to Three Researchers for Work on Malaria and Tuberculosis Control in Africa

Researchers Lorenz Hofer and Mgeni Tambwe are trying to stop malaria transmission in Tanzania. Astrid Knoblauch is distributing drugs to combat tuberculosis with the help of drones in Madagascar. For this, the R. Geigy Foundation awards them with the 12th R. Geigy Award 2022, endowed with CHF 20,000. In memory of the biologist and founder of the Swiss Tropical and Public Health Institute (Swiss TPH), Rudolf Geigy, the Foundation awards this prize every two years to young researchers and public health specialists who distinguish themselves through outstanding achievements in the field of poverty-related and neglected tropical diseases.

This year, the R. Geigy Foundation presents its R. Geigy Award to two different teams: Biologists Lorenz Hofer (Swiss TPH) and Mgeni Tambwe (Ifakara Health Institute) are honored for their achievements in the field of setting up a research laboratory including cell culture to study malaria transmission in Tanzania. Epidemiologist Astrid Knoblauch (Swiss TPH) has also been selected for the successful attempt to deliver life-saving drugs to the rural population of Madagascar using drones. "In the spirit of Rudolf Geigy, the two working groups with the made a significant contribution towards a better understanding of malaria transmission and to easier access to life-saving tuberculosis drugs in Africa," said Foundation President Marcel Tanner in recognition of the award winners.

In recent decades, there has been great progress in the fight against malaria in Africa. However, many people in endemic areas are still affected by the deadly disease. New methods that prevent transmission of the parasite from mosquitoes to humans are urgently needed in the future if the goal of eliminating and later even eradicating malaria is to be achieved. In recent years, biologists Lorenz Hofer and Mgeni Tambwe, working in the field and in the laboratory, have established a unique research platform in Tanzania, including cell cultures of malaria parasites, which allows them to test the effect of new vaccines or drugs on malaria transmission. "If we stick to the goal of eliminating malaria, we also need new interventions that prevent the parasite from being transmitted to the mosquito," said Marcel Tanner. "Lorenz Hofer and Mgeni Tambwe, in an exemplary collaboration, have created a sustainable infrastructure as well as innovations based on it that will allow us to tackle these burning global health challenges in the years to come."

Astrid Knoblauch, epidemiologist at Swiss TPH, receives this year's Geigy Award for her achievements in the field of tuberculosis control in Madagascar. The island off the southeast coast of Africa is one of the poorest countries in the world. Between the rural population and a doctor or a pharmacy lie kilometer-long marches over impassable paths, through rice fields and raging rivers. Therapies against fatal diseases such as tuberculosis are not a matter of course. Half of all tuberculosis cases in Madagascar go unnoticed.

Knoblauch sought to solve this problem with the help of transport drones and to facilitate people's rapid access to life-saving medicines. In 2017, she validated and improved the suitability of the drone technology for the Institut Pasteur and the American Stony Brook University. It was also important that local experts could maintain the drones. "Thanks in part to the work of Astrid Knoblauch, this innovation has gained acceptance in Madagascar's healthcare system," said Tanner. "Follow-up projects in many other countries around the world now also rely on the missiles to deliver medicines." 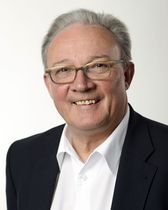