Shaping the Next-generation of Interventions for Malaria Prevention

Together with the Bill and Melinda Gates Foundation, Swiss TPH has launched a new project bringing together research & development and implementation specialists, modellers and global-health experts to shape the next-generation of medical interventions for malaria prevention.

There is still a gap in preventing infection among children and other vulnerable populations most affected by malaria. Picture: Danielle Powell, Swiss TPH

Despite progress of countries in substantially reducing the number of malaria cases since 2000, malaria remains a major public health concern. In 2019, there were an estimated 229 million cases of malaria worldwide according to the World Health Organisation (WHO). Worryingly, in some countries, malaria is even on the rise.

Children under five are particularly vulnerable. In 2019, they accounted for 67% (274,000) of all malaria deaths worldwide. Pregnant women are also at a higher risk of contracting malaria and developing severe disease that can lead to anaemia, low birth weight or infant death.

Despite the potential public health value, only a small number of drugs are intended for preventative use, for example as seasonal malaria chemoprevention in children, or intermittent preventative treatment of pregnant women.

Developing new medical interventions is time-consuming and costly, and it is often unclear what the public health impact will be for a new intervention until very late in the development process. However, selecting between promising candidate interventions must happen early in development.

A first convening organised by Swiss TPH and BMGF with around 60 representatives from academia, product development, international organisations and malaria-endemic countries took place at the end of June. Participants identified the key challenges around product characteristics from a research and development, implementation and global heath perspective, and prioritised the main questions for modelling that would lay the groundwork for collaboration over the next three years. 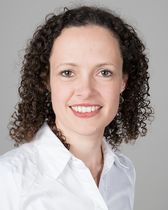