A health impact study for the first time has estimated the mortality burden attributable to air pollution in more than 1,000 European cities. The study, published in The Lancet Planetary Health, includes a ranking of the European cities with the highest rates of mortality attributable to each of the two air pollutants studied: fine particulate matter (PM2.5) and nitrogen dioxide (NO2). The research project was led by the Barcelona Institute for Global Health (ISGlobal) in collaboration with Swiss TPH and Utrecht University.

The study is the first to estimate the mortality burden attributable to air pollution in European cities. (Photo: Pixabay)

“We observed great variability in the results for the different cities analysed,” said ISGlobal researcher Sasha Khomenko, lead author of the study. “The highest rates of mortality attributable to NO2, a toxic gas associated primarily with motor-vehicle traffic, were found in large cities in countries such as Spain, Belgium, Italy and France.” At the opposite end are cities in northern European countries with low rates of mortality attributable to air pollution.

The study also includes estimates for ten Swiss cities (Zurich, Geneva, Basel, Bern, Lausanne, Winterthur, St. Gallen, Lucerne, Lugano, Biel/Bienne), which represents about 16% of the Swiss population. Results show that if PM2.5 is reduced to WHO guidelines (10 ug/m3), 333 deaths could be prevented in total in these cities annually. If further reduced to the lowest level observed in any of the cities included in the study (=3.7 ug/m3), about 1000 cases could be prevented. “These results do not come as a surprise, they compare well to earlier burden of disease estimates done for Switzerland following similar methods,” said Kees de Hoogh, Scientific Project Leader at Swiss TPH and co-author of the study.

“Our findings support the evidence suggesting that there is no safe exposure threshold below which air pollution is harmless to health. They also suggest that the European legislation currently in force does not do enough to protect people’s health,” commented Mark Nieuwenhuijsen, Director of the Urban Planning, Environment and Health Initiative at ISGlobal and senior author of the study. “Therefore, the maximum NO2 and PM2.5 levels allowed by law should be revised. We hope that local authorities can use these data to implement urban and transport planning policies aimed at improving people’s health.”

This study forms part of the ISGlobal Ranking of Cities project and is the first in a series of analyses of the health impacts of various environmental factors inherent to urban life, including air pollution, noise, access to green spaces, heat island effects, etc. The website www.isglobalranking.org has been created as a hub for the rankings and detailed data on each city. The site is currently available in English, Spanish and Catalan. Data from the project’s other analyses and rankings will be added to the site as they become available.

The study was led by ISGlobal in collaboration with Swiss TPH and Utrecht University. Swiss TPH researchers contributed by providing European wide air pollution exposure estimates and linking these to the study database. 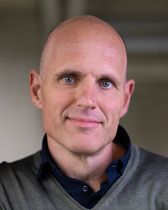