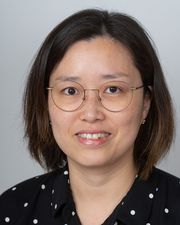 PhD proposal: Applying Genetic and Epigenetic Data to Elucidate Causality and Mechanisms in the Association between Obesity and Asthma in Adults
Supervisor: Nicole Probst-Hensch

Proposal abstract
Genome-wide association studies (GWAS) have contributed greatly to revealing the genetic variants that are firmly associated with disease risks. Yet, the genetic architecture of complex diseases remains poorly understood and the variance in disease risk explained by associated genetic variants is marginal. Further advance in disease understanding and prediction will need to come from the combination of environmental and lifestyle factors with information on genetic variation, the focus on pathways as groups of functionally related genes, and the integration of genetic with other types of omics biomarkers. Longitudinal cohorts with associated biobanks are the sole source of data allowing for such integrated approaches on the basis of prospectively sampled risk factor and biomarker information. Following this principle in the context of the SAPALDIA biobank, the PhD project aims at elucidating causality and underlying pathophysiology in the association of obesity with subtypes of asthma in adults from the general population.

Obesity has been associated with prevalent and incident asthma in both, children and adults. But disease associations of modifiable factors such as obesity are subject to confounding and reverse causation. As an attempt to avert such issues, utilizing the randomness of genotype inheritance, genetic variants can be used as a proxy for the environmental factor (‘Mendelian randomization approach’). The results from a recent Mendelian randomization study agree with a causal effect of obesity on asthma in children. According studies in adults have not been published and the biology underlying the association remains obscure. In the context of the PhD project novel evidence will be generated to:

The PhD project will contribute important information towards global burden of disease estimates for obesity, a highly prevalent risk factor for several non-communicable diseases exhibiting epidemic increases in many middle- and low-income countries.  Even though obesity has been associated with several respiratory diseases and phenotypes, including asthma, chronic obstructive pulmonary disease (COPD), and lung function – a biomarker of aging, morbidity and mortality - current evidence on causality and mechanisms is insufficient for estimating the proportion of respiratory morbidity attributable to overweight and obesity.