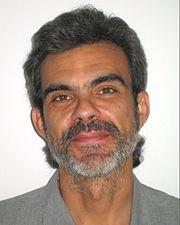 Xavier Bosch-Capblanch (XBC) is a Medical Doctor, with an official medical speciality in Public Health (Spain), MSc in Tropical Medicine and Hygiene (Spain) and PhD (evidence on unvaccinated children in LMIC and policy implication, University of Amsterdam). He is Group Leader (‘Data-Evidence-Evaluation-Policy’) at the Swiss Tropical and Public Health Institute (Basel, Switzerland). He is also Honorary Lecturer at the Liverpool School of Tropical Medicine.

XBC started his career working as a clinician in Spain and he has been living and working in rural settings of Sub-Saharan Africa for 10 years (Cameroon, Chad, Ghana and Mozambique). He progressively moved from clinical work to health care management, public health, project management and research, including four years coordination of a rural health research centre. He has worked in more than 20 countries, worldwide.

XBC has undertaken formal lecturing and on-the-job training of government officials and consultants being involved in the design and/or implementation of public health programmes in Saudi Arabia, Sudan and Syria, as well as in Liverpool and Basel.

His areas of expertise include information and evidence synthesis methods on health systems interventions and immunisation. In the former, he has been involved in numerous initiatives to assess the quality of routine administrative and surveys data, has led several surveys in different countries and has lectured on data and information for decision making. He has been involved in several Cochrane and other systematic reviews and has led initiatives to bridge the gap between research evidence and management and policy making (i.e. health systems guidance development methods and production).