Swiss TPH has been re-designated as the World Health Organization (WHO) Collaborating Centre for Modelling, Monitoring and Training for Malaria Control and Elimination, following many years of fruitful collaboration with the WHO and partner institutions in Africa. By providing technical advice, Swiss TPH will continue to offer strategic guidance on WHO policies for malaria control and elimination.

"Swiss TPH is a highly respected academic institution in Switzerland, with a world-class reputation in global health," said Pedro Alonso, Director of the WHO Global Malaria Programme. "The institute's long-term expertise in malaria research, control and elimination will be highly valuable in supporting the WHO to implement its work on malaria prevention and to fulfill its vision of a world free from malaria."

An expert hub for malaria

Within the Collaborating Centre, Swiss TPH will improve modelling methodologies that contribute towards malaria prevention and advance malaria control and elimination through the evaluation of routine data and effective implementation of innovative surveillance-response approaches.

In addition, it will provide teaching and capacity building training. "The re-designation reflects Swiss TPH's historic contribution, state-of-the-art expertise and commitment in the field towards ending malaria," said Konstantina Boutsika, co-Head of the Collaborating Centre. "We are grateful for this opportunity, and we look forward to another four years of productive collaboration with the WHO."

WHO Collaborating Centre for Modelling, Monitoring and Training for Malaria Control and Elimination

The Collaborating Centre conducts modelling of malaria and intervention dynamics to project the impact of malaria interventions. The modelling supports the WHO in making decisions about the different interventions needed in order to catalyze research and innovation.

In addition, it supports policy makers when analyzing the epidemiological impact of malaria, as well as conducting economic assessments of new tools and strategies.   In addition to modelling, Swiss TPH provides an evaluation of routine data and the implementation of interventions by assessing the relevance and quality of indicators used for stratification and surveillance-response approaches. Swiss TPH also develops tools that support endemic countries in malaria control and elimination, as well as assesses the training needs at a national and sub-national level.

"We are thrilled about the re-designation and will make all of the necessary human resources and our collective skill sets readily available, so that our partnership with the WHO and the large network of institutions and ministries will be able to truly make a difference," said Jürg Utzinger, Director of Swiss TPH. "The re-designation of the malaria, and prior re-designation of the helminth Collaborating Centre, reflects our contributions to WHO, broad expertise and deep commitment to tackle major diseases of poverty." 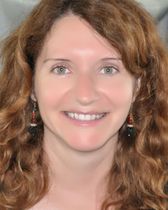