The Swiss Tropical Institute was created in 1943 - in the middle of World War II. During the war, both the population at large and the political decision-makers were gripped by the fear of massive unemployment after the war had ended. To reduce the threatened shortage of jobs, the government promoted scientific programmes of academic institutions and supported the idea of a Swiss Tropical Institute. The institute combined research, training and medical service provision right from the beginning. The study of parasites and the many mosquitoes, flies or ticks transmitting malaria, African sleeping sickness or relapsing fever were at the top of the research agenda. Foundational director Rudolf Geigy shaped the course of the institute to a large extent. 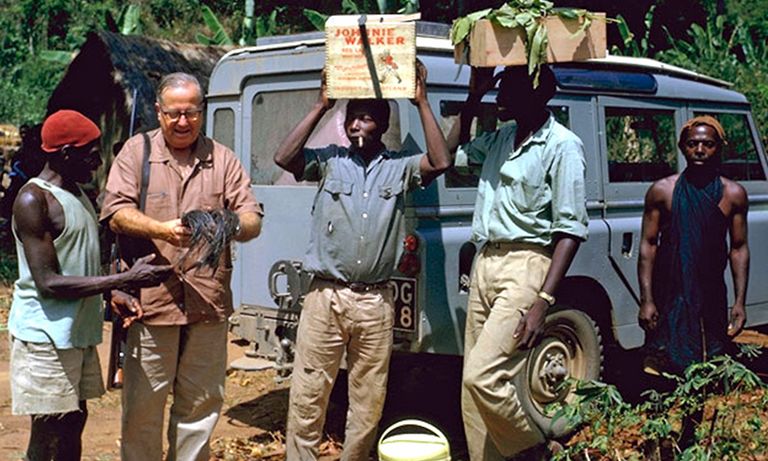 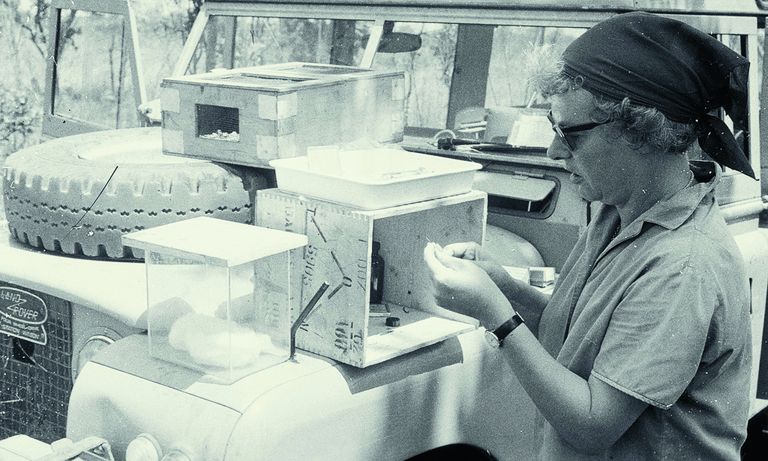 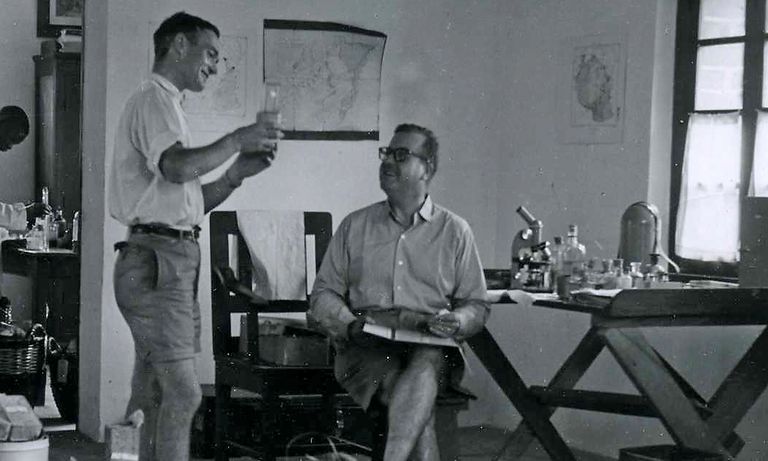 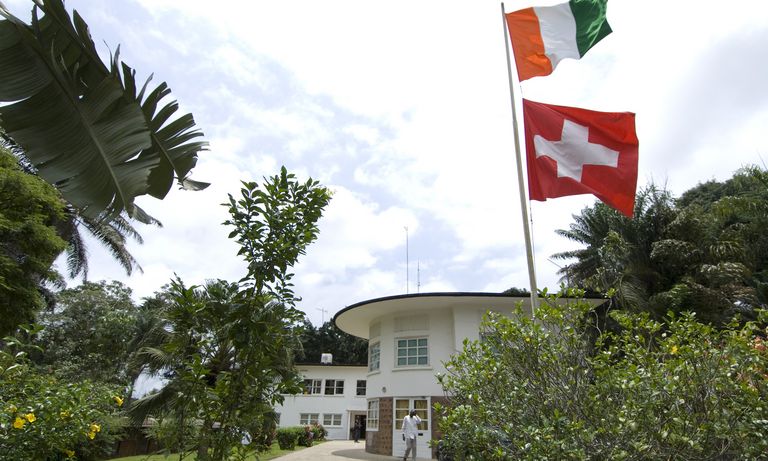 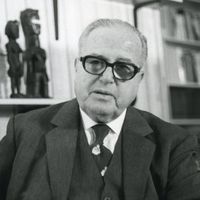 Rudolf Geigy was born in 1902 into a family of wealthy Basel industrialists. The family had built up a highly successful pharmaceutical firm, J. R. Geigy Ltd. One of the firm's achievements was the development of DDT, the insecticide that revolutionised the fight against tropical diseases transmitted by insects. Rudolf Geigy studied zoology in Basel and Geneva. His dissertation, published in 1931, brought him international recognition. In 1935 he was appointed to university lectureship in Experimental Embryology and Genetics in Basel. Three years later, he became an Associate Professor, and in 1952 he was awarded a personal professorship. He was regarded as the pioneer of developmental physiology and the founder of experimental zoology at the University of Basel. The highlight of his career at the university was his appointment as Rector in 1962. Geigy was also an honorary member of the Royal Society of Tropical Medicine and was awarded an honorary doctorate by the University of Zurich. 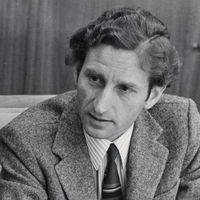 Thierry Freyvogel was born in 1929 in Basel, and educated at the Humanist Gymnasium and the University of Basel, where he studied zoology from 1948 to 1955. Having obtained his doctorate, he went to Tanzania (1955-1958), where he was responsible for building up the STI Field Laboratory. Back in Basel, Freyvogel worked as a scientist in the STI from 1959 to 1965, and later became Head of the Department of Biology (1966-1985). In 1966 the University of Basel appointed him as Associate Professor. Freyvogel occupied leading positions in a variety of national and international bodies. He was Chairman of the Expert Advisory Committee of the WHO for the Onchocerciasis Control Program in West Africa. As President of the Swiss Commission for Research Partnership with Developing Countries (KFPE), he worked on the compilation of guidelines for the planning of fair North-South research partnership. Freyvogel was awarded the Science Prize of the City of Basel in 1973 and became an honorary member of the Swiss Academy of Sciences in 1999.

STI created two field laboratories in Africa in the 1950s: the Centre Suisse de Recherches Scientifiques (CSRS) in Côte d’Ivoire and the Swiss Tropical institute Field Laboratory (STIFL) in Ifakara (Tanzania). With many African countries becoming independent in the 1960s, STI moved from basic research to development aid. Tanzania in particular became a hot spot of Swiss development aid and has remained so ever since. The Ifakara Health Institute (IHI), as the former STIFL is known today, has developed into an important research organisation in Africa. In collaboration with STI, the CSRS too has become a significant research institution in West Africa that implements projects in the whole sub-region.

“We schould not deceive ourselves: any sustainable effort to promote research in developing countries will demand profound changes in research and teaching in the universities of the industrialised countries.”

Some important changes in the history of the institute are quite recent. STI came to realise that it needed a stronger basis at local and national levels if it was to meet new global challenges like environmental hazards or the spread of non-infectious diseases. In 2009, the former Institute of Social and Preventive Medicine (ISPM) of the University of Basel was integrated and STI was renamed Swiss Tropical and Public Health Institute (Swiss TPH). With the integration, the expertise was expanded to include research on environmental health and on the epidemiology of non-infectious diseases, genetic epidemiology and gender.

Since the 1990s, STI has grown tremendously. Large-scale studies in Africa made new investments in diagnostics and molecular research in Basel necessary. Since the mid-1990s the many services offered by the institute have also reached out to Eastern Europe and Central Asia. The Swiss Centre for International Health (SCIH), an STI service department founded in 1997, helped to strengthen the health services of the former Eastern Bloc countries. Thus, already in the 1990s, the STI was an institute of global health. 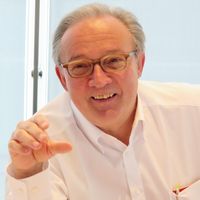 Marcel Tanner was born in 1952 in Basel. He studied medical zoology at the University of Basel and was awarded a PhD in 1980. From 1981-1984 he was an innovative Head of the STI Field Laboratory in Tanzania. After obtaining a Master in Public Health in London he returned to the STI, where he was responsible for building up the new Department of Public Health and Epidemiology. Tanner became a Professor of the University of Basel in 1993. Four years later he was appointed to the Chair of Medical Parasitology and Epidemiology in the Faculty of Natural Sciences in Basel, and in 2010 he also became Professor in the Faculty of Medicine. Between 2002 and 2004 he was Dean of the Faculty of Science. Marcel Tanner is the author of over 600 original papers and has been awarded an honorary doctorate by the University of Neuchâtel. For 10 years, he has been chair of the board of governors of DNDi. In 2016 he was elected President of the Swiss Academy of Sciences (SCNAT). 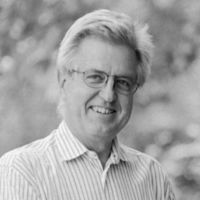 nt was born in 1938 in Le Cateau in northern France. He studied medicine in Paris, and had a Diploma in Tropical Medicine, and Master's degrees in Parasitology and in Bacteriology and Immunology. He gathered experience of the treatment of tropical diseases in Iran and in Congo. From 1966-1971 he directed the large-scale Mangoky Project for the control of bilharzia in Madagascar. In 1972 he came to the institute as Head of Medical Research, and from 1974-1987 he was Head of the Medical Department. When he became Director he also was elected as Associate Professor of Tropical Medicine by the University of Basel. Internationally, Degrémont was a sought-after expert. He was a member of WHO expert panels, Programme Director of SDC's health projects in Chad and a member of the Advisory Committee of the World Bank for the Development Report of 1993. He is an honorary member of the American Society of Tropical Medicine and Hygiene.

“No roots, no fruits”