Martin Rohacek from Swiss TPH and the Ifakara Health Institute receives this year's Else Kröner Fresenius Award for his commitment to the establishment of an emergency ward for the St. Francis Referral Hospital in Ifakara, Tanzania. The Else Kröner-Fresenius-Foundation is dedicated to the promotion of medical research and supports medical-humanitarian projects. It is one of the largest German foundations promoting medicine. 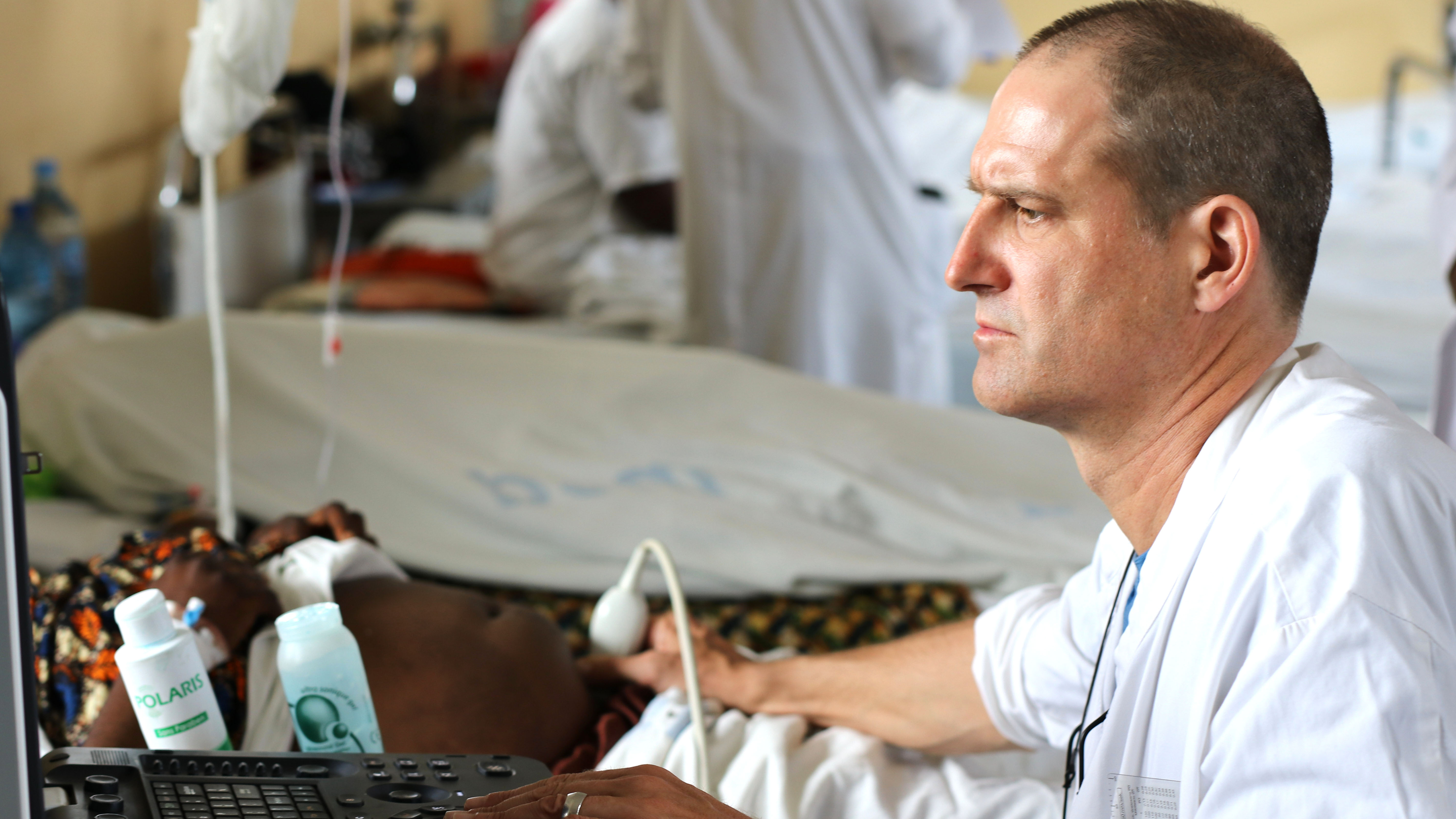 Martin Rohacek from Swiss TPH and the Ifakara Health Institute receives this year's Else Kröner Fresenius Award for the establishment of an emergency ward in Ifakara, Tanzania. Photo credit: Felix Zahn/photothek.net

Since 2015, Martin Rohacek, project leader at Swiss TPH and the Ifakara Health Institute, has been implementing the project "Establishment and organisation of an emergency ward in the St. Francis Referral Hospital in Ifakara, Tanzania" in close cooperation with the University Hospital Basel and local partners.

The prize money will be used to continue the training of medical staff in Ifakara as well as additional local instructors in emergency medicine and ultrasound.

Referral centre for one million people

Rohacek has set up an emergency ward in Ifakara with a triage system and the differential diagnosis and treatment of 36,000 adults and children annually. The hospital serves as a referral centre for a mainly rural population of around one million people. The emergency ward operates 24 hours a day and is managed by local doctors.

Rohacek trains local medical personnel in emergency medicine, ultrasound and echocardiography and conducts clinical research projects. "About 100,000 patients from three districts within a radius of 150 kilometers have benefited from the project," said Rohacek. "The patients are often very ill. We treat infectious diseases most frequently, but also heart and gynecological diseases. Ten percent of patients come to us because of an accident," the physician continues. "The people, most of whom are seriously ill, need help quickly. The longer one waits with the diagnosis and the corresponding therapy, the lower the probability of survival for the patient."

The Else Kröner-Fresenius-Foundation grants the Else Kröner Fresenius Award for Medical Development Cooperation annually, which acknowledges commitment to development cooperation. The award recognises projects worldwide that serve to improve healthcare in an outstanding way. The award is endowed with 100,000 euros prize money that is used directly for the projects. Each year, a different topic is announced for the award, with the competition taking place in spring.

The award ceremony took place on 17 October 2019 at the Federal Ministry for Economic Cooperation and Development (BMZ) in Berlin. Daniel Paris, Head of the Department Medicine at Swiss TPH held the laudatory speech.

The non-profit Else Kröner-Fresenius-Foundation is dedicated to the promotion of medical research and supports medical-humanitarian projects. The foundation was founded in 1983 by the entrepreneur Else Kröner and is her sole heir. EKFS receives almost all its income from dividends of the Fresenius health care group, of which it is the largest shareholder. To date, it has supported around 1,780 projects. With an annual funding volume of currently more than 50 million euros, it is one of the largest German foundations promoting medicine.