In low- and middle-income countries, children have the greatest need for protection afforded by vaccination due to a higher incidence of infectious diseases. However, the vaccines for these children often show a lower efficacy when compared to similar populations in high-income settings. A new study by the Swiss Tropical and Public Health Institute (Swiss TPH) and partners from the Babraham Institute, ISGlobal and others published yesterday in Science Translational Medicine reveals that the immune system of children varies according to age, location and anaemia status. This knowledge is crucial to improve vaccine efficacy. 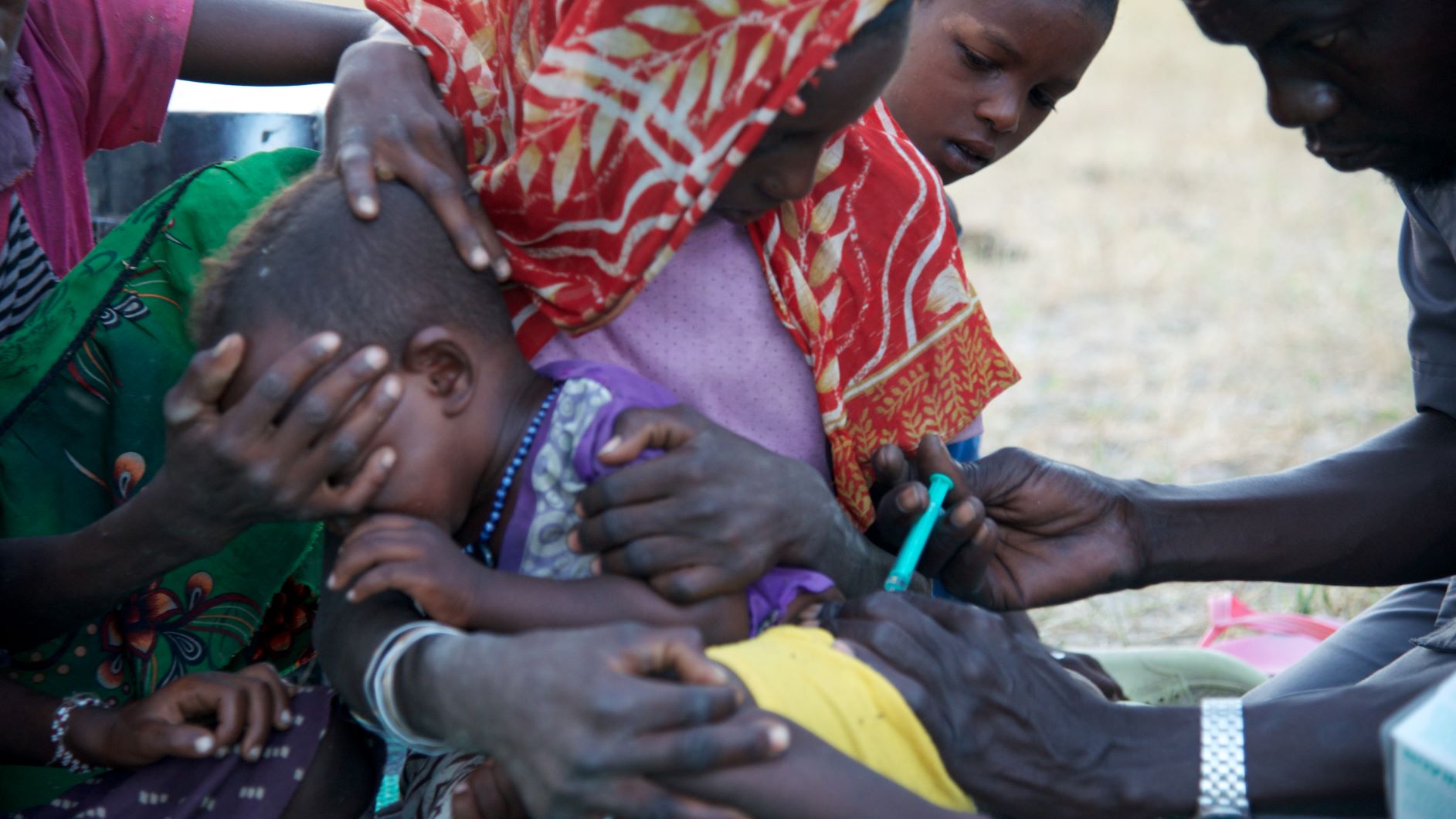 Children’s immune system composition and vaccine responsiveness is determined by a myriad of factors, such as age, anaemia status, and the setting in which they live, according a new study by Swiss TPH and partners published yesterday in Science Translational Medicine. The findings demonstrate that a deeper understanding of the effect that age and non-genetic factors like location and anaemia status have on immune system development has potential to improve the efficacy of childhood vaccinations in populations who need it the most.

Researchers took blood samples over a period of 32 months from infants and children living in Tanzania and Mozambique as part of the phase III RTS,S malaria vaccine trial. Groups of children that responded with better antibody titers to the RTS,S vaccine had an increased number of antibody secreting cells and follicular helper T cells before vaccination. “These findings highlight the importance of understanding childhood immunity when it comes to vaccine development.” said Claudia Daubenberger, Head of the Clinical Immunology Unit at Swiss TPH.

Dynamic development of the immune system over the course of childhood

The results from Tanzania and Mozambique were compared to a study conducted in a cohort of Dutch children in a comparable age range. The finding showed distinct, dynamic differences in the immune system development of both groups of children.

“By comparing different geographical locations, we discovered that certain components of the Tanzanian and Mozambican children’s immune systems develop faster than the Dutch children’s, which is most likely due to heavy exposure to infectious diseases and the different microbial and nutritional environment,” said Danika Hill, a research fellow at the Babraham Institute, UK. “We also found that immune cell types develop along a common and shared trajectory throughout childhood, but the rate at which these changes occur can vary between continents and even between Tanzania and Mozambique.”

Researchers also looked at the possible link between anaemia status and the children’s capacity to produce strong antibody responses and found that anaemic children responded less to the RTS,S vaccination. “For the first time, we have shown a direct effect of iron bioavailability on B cell biology. Taking the anaemia status of children into account when analysing vaccine induced immunity and protection will help to better understand the diversity of vaccination outcomes in children living in low- and middle-income countries where anaemia is prevalent.” said Daubenberger.

Despite the success rates of childhood immunization, there are still many infectious diseases, such as malaria, that require vaccination-based interventions. It is likely that such solutions will come from a combination of innovative vaccine design and greater knowledge about the host response to vaccination. A deeper understanding of the determinants that support the development of a functional, receptive childhood immune system – taking into account age, location and anaemia status – has the potential to improve the efficacy of vaccines in populations around the globe.