Strongyloidiasis, a parasitic worm infection caused by soil-transmitted helminths, remains a neglected public health problem with limited treatment options. Swiss TPH researchers conducted the first dose-finding study with moxidectin against strongyloidiasis. The drug could become a treatment alternative to the only treatment available so far and help fill the empty anthelminthic drug pipeline. 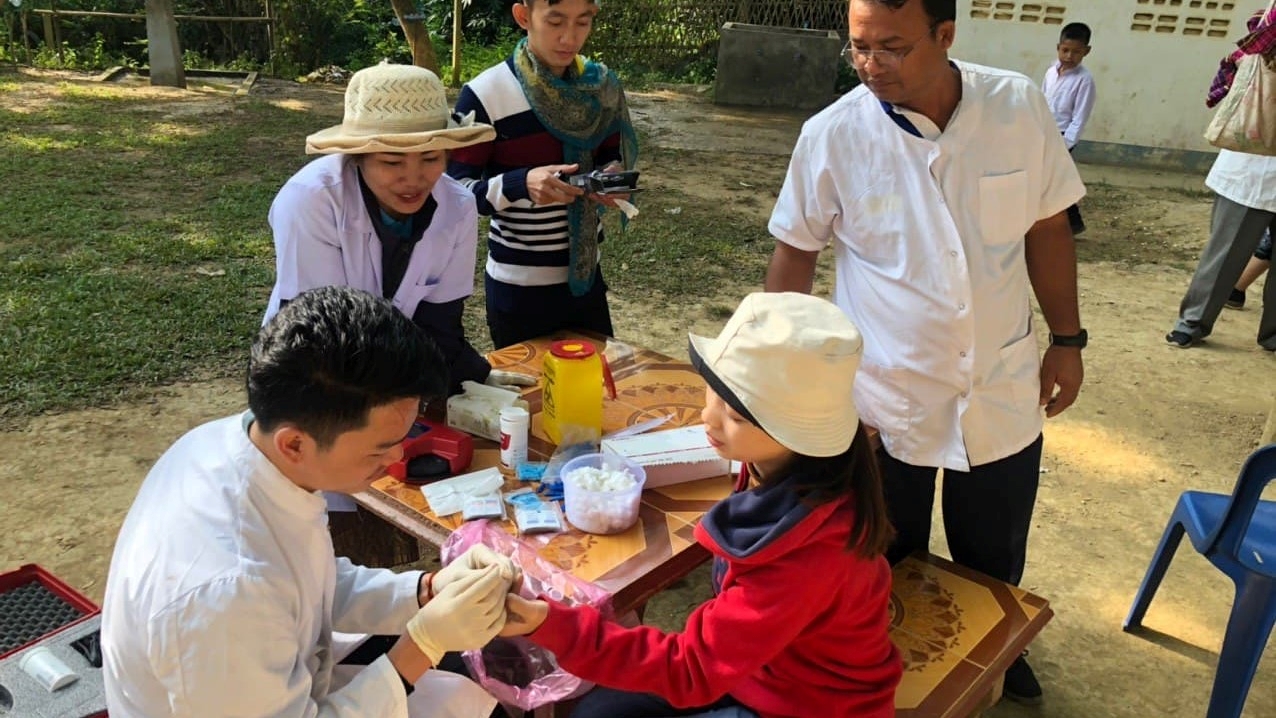 The study team does the clinical examination prior to treatment in the study site in Laos. Photo: Khamphet Vilaisan, Swiss TPH

Infections with the soil-transmitted helminth Strongyloides stercoralis are a considerable global burden. Up to 370 million people are infected worldwide, with the highest infection rates in warm regions with poor sanitary infrastructure.

The parasitic worm infections are often asymptomatic and predominantly affect the gastrointestinal tract, lungs, and skin. However, the disease often becomes chronic and the infections rarely resolve without appropriate therapy and can be fatal if left untreated.

Current treatment options are extremely limited. At present, ivermectin is the only efficacious treatment option available. “However, access to ivermectin is restricted in many endemic countries, impeding effective management of the disease burden,” said Jennifer Keiser, Head of the Helminth Drug Development Unit at Swiss TPH. “What makes the situation worse is that ivermectin is liable to resistance due to repeated mass drug administrations as part of control and elimination programmes for other parasitic worm infections such as onchocerciasis or lymphatic filariasis. Alternative treatment options are therefore highly needed.”

Preliminary studies suggested that the drug moxidectin might serve as an alternative to ivermectin. Moxidectin is used to treat onchocerciasis. “It is easily administered, efficacious against ivermectin-resistant strains, and hence represents a promising candidate,” said Jennifer Keiser.

In a dose-finding study, Swiss TPH evaluated the efficacy and safety of ascending doses of moxidectin in infected patients. This phase 2a trial was conducted in rural villages in northern Laos. The findings were published yesterday in the peer-reviewed journal The Lancet Infectious Diseases.

“Our study confirmed the high tolerability and good efficacy of moxidectin”, said Daniela Hofmann, Postdoctoral Scientific Collaborator and first author of the publication. The study found an optimal dose range of 4-12 mg. “Because 8 mg of moxidectin is used to treat onchocerciasis and has been evaluated for other helminth infections, we recommend using this dose for further development.”

Swiss TPH is now conducting a phase 2b trial in Laos and soon in Cambodia to compare 8 mg moxidectin versus ivermectin. “Once our phase 2b studies are completed, moxidectin could be recommended for strongyloidiasis, bolstering the repertoire of drugs used for soil-transmitted helminthiasis.” said Jennifer Keiser.