Sleeping Sickness Elimination at a Crossroads

Human African trypanosomiasis, also known as HAT or sleeping sickness, is a vector-borne parasitic disease. Since the number of new cases reported between 2000 and 2018 dropped by 95%, the World Health Organization (WHO) targeted its elimination as a public health problem by 2020 and interruption of transmission (zero cases) for 2030; but there is still much work to be done. A special issue in the journal Tropical Medicine and Infectious Diseases, edited by Christian Burri from Swiss TPH, addresses what has been achieved in regards to sleeping sickness elimination, and what could still get in the way. 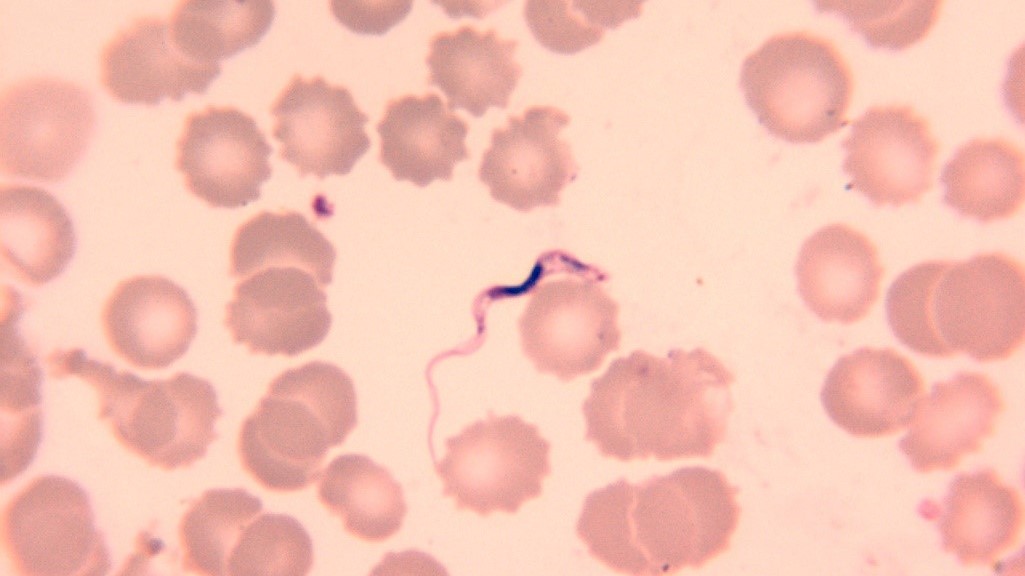 Sleeping sickness is a vector-borne parasitic disease caused by infection with protozoan parasites belonging to the genus Trypanosoma. They are transmitted to humans by bites of tsetse flies that have been infected from humans or animals harbouring human pathogenic parasites. Tsetse flies are only found in sub-Saharan Africa; rural populations living in regions where transmission occurs and which depend on agriculture, fishing or hunting are the most exposed to the tsetse fly and thus, the disease.

In the recently published special issue on sleeping sickness in the journal Tropical Medicine and Infectious Diseases, a series of social science articles critically reflects on approaches used for HAT elimination, investigates challenges ahead and proposes novel methods and interventions from various points of view. "This issue comes at a very timely moment, because it is now important to secure what has been achieved, to understand the missing pieces and to ensure elimination," said Christian Burri, Head of the Medicines Implementation Research Unit at Swiss TPH and editor of the special issue.

Great advancements made; yet challenges remain

The development of new, simpler and better-tolerated treatments, improved diagnostics and vector control tools are the basis of elimination thus far. Improved modelling approaches have also made it possible to gain a better understanding of the disease epidemiology and advance forecasting.

The development of new drug classes and treatment breakthroughs has also contributed to elimination, and the potential future treatment portfolio is more promising than ever. But the success of drug development goes beyond the new substances: clinical trials have had a positive effect on the reduction of patient numbers and on the quality of treatment.

Despite these advancements, some challenges remain. Case identification and confirmation are still complex and require specific skills; contrary to an old dogma, recent evidence shows that not all patients die from the disease, but some remain infected over many years. "To win the "end game" against this massively stigmatized disease that is often shrouded in beliefs and evil spirits, the human factor will play a key role," said Burri. "For instance, we need to understand whether patients and health workers are willing to accept sleeping sickness as a diagnosis in areas where the disease is believed to have been eliminated."

For decades, Swiss TPH has been researching sleeping sickness. It was the first organisation to succeed in breeding tsetse flies and later develop culture systems for insects and pathogens, thereby laying the foundation for a compound screening laboratory. In the last ten years, researchers at Swiss TPH have identified several dozen highly active compounds, some with completely new properties. The most promising candidate compounds were selected for further preclinical analysis.