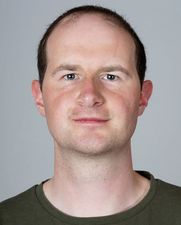 Besides asexual replication, Plasmodium parasites can choose an alternative development pathway within the human host leading to mature stage V gametocytes. Male and female gametocytes are taken up by Anopheles mosquitos during the blood meal and following progression through several development stages the parasites are released as sporozoites, which in turn can invade human hepatocytes. During the progression of gametocytes through the five distinct developmental stages, only mature stage V gametocytes are found within the circulation. Immature gametocytes are thought to sequester in host tissue to avoid splenic clearance similar to asexual trophozoites and schizonts. However, the mechanisms of tissue sequestration and the involved ligands are not known but seem to be distinct from those identified in asexual parasites. Additional to adhesins, it was proposed that mature gametocytes have tropins and circadins on their surface in order to optimize spatial and temporal localization within the human host to increase the chance of being taken up by mosquitoes. Here, a novel approach will be used to identify gametocyte surface proteins. A parasite cell line capable of a significantly enhanced gametocyte conversion rate will be used to produce high amounts of synchronous gametocytes. Plasma samples from adult African volunteers will be tested for specific reactivity with gametocyte antigens and highly specific monoclonal human antibodies will be generated from peripheral blood mononuclear cells. The antibodies in turn will be employed to pull down the corresponding antigen. Further characterization of the antigens using reverse genetics will investigate the export pathway, function and suitability as potential vaccine candidate. Moreover, microarray data will be employed to identify PHIST-family proteins specifically upregulated upon induction of gametocytogenesis and protein localization during gametocyte development will be determined. Knock-down mutants will be established to propose a potential role to the proteins based on the observed phenotype. The aforementioned high gametocyte producing cell line will also be used to investigate the fate and role of selected proteins known to be exported in asexual blood stage parasites in gametocytes. Therefore, antibodies targeting proteins localizing at Maurer`s clefts and tethers in asexual parasites will be used to track the fate of those proteins during gametocyte development. Knock-down mutants will be tested for the capability to form mature gametocytes. This aims to increase the overall understanding of protein export in the biology of Plasmodium falciparum gametocytes.