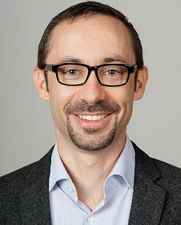 Manuel Hetzel is head of the Intervention Effectiveness and Impact Research Group at Swiss TPH and Adjunct Professor of Epidemiology at the University of Basel. As an epidemiologist with a primary interest in infectious diseases affecting vulnerable populations in the Global South, his activities focus on the generation and application of real world data for targeting malaria interventions (e.g. malaria surveillance-response systems) and on strategies to improve access to interventions to reduce the burden of illness and death. Ongoing projects combine multidisciplinary epidemiological and operational research, cross-sectional and longitudinal studies, linking communities, health providers, clinical and molecular scientists, and policy makers. Working in close partnership with local institutions the aim of all activities is to jointly develop solutions suitable for large-scale routine implementation in affected countries. Manuel Hetzel has over fifteen years of experience living and working in sub-Saharan Africa and in the South Pacific. He has been supporting national malaria control programmes and acted as adviser and consultant to government departments, the World Health Organization, and donor agencies.

Since 2022: Adjunct Professor of Epidemiology, University of Basel