Neglected tropical diseases (NTDs) are a group of mainly chronic infectious diseases that affect more than a billion people in tropical and subtropical countries. On the occasion of the first World NTD Day on 30 January 2020, Jennifer Keiser, Head of the Helminth Drug Development unit at Swiss TPH, talks about past achievements and current challenges in the fight against NTDs with an emphasis on parasitic worm infections. 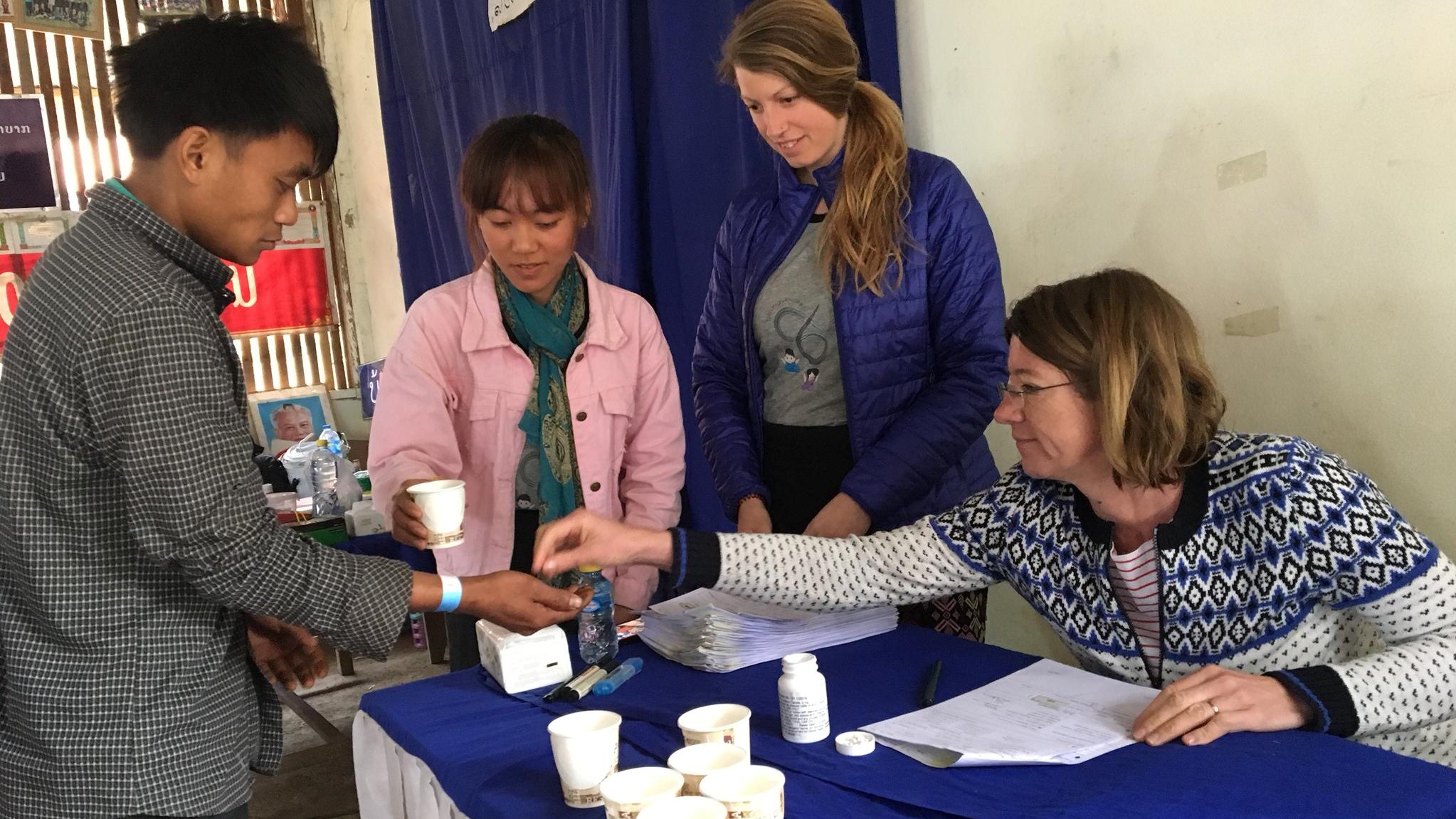 Jennifer Keiser is in Northern Laos to test the efficacy, safety and pharmacokinetics of different dosages of moxidectin, a drug against parasitic worms. (Photo: Swiss TPH)

Professor Keiser, we understand that you are in Lao People’s Democratic Republic right now – can you tell us what you are working on?

Together with colleagues from the Lao Tropical and Public Health Institute (Lao TPHI), we currently conduct a randomized trial with the drug moxidectin against Strongyloides stercoralis, a human pathogenic parasitic roundworm. We are in the Nam Bak district in the northern part of Laos. For the first time, we are testing the efficacy, safety and pharmacokinetics of different dosages of moxidectin against this S. stercoralis infection. The first patients will be treated in the next few days and my colleague Somphou Sayasone from Lao TPHI – a long-standing partner of Swiss TPH –, Daniela Hofmann, a Postdoc at Swiss TPH, and myself will join the field team for this critical phase of the trial.

Field missions are quite exhausting but also very fulfilling and I would not want to miss them! After all the hard work that goes into acquiring funding and obtaining ethical approvals for clinical trials, it is simply wonderful to work hand-in-hand with our partners in the local communities where parasitic work infections are rife.

Can you give me some examples of neglected tropical diseases (NTDs) and explain why we consider them to be “neglected”?

Prominent examples of NTDs include parasitic worm infections, including schistosomiasis, soil-transmitted helminthiasis and lymphatic filariasis. Additionally, viral infections such as rabies, diseases caused by protozoans such as sleeping sickness and Chagas’ disease, or bacterial infections like Buruli ulcer and leprosy are also NTDs. These diseases typically affect the poorest and the most marginalised populations. Historically, and still today, NTDs do not receive much attention and funding for research and development of new drugs, diagnostics and vaccines is limited.

Which diseases are you focusing on in your research?

We focus on discovering and developing new drugs or new combination therapies for different parasitic worm infections such as schistosomiasis and soil-transmitted helminthiasis. People who are infected might suffer from diarrhoea, malnutrition, impaired growth or enlargement of the liver or spleen. The morbidity caused by chronic helminth infections can debilitate entire communities and contribute to poverty in endemic areas.

Research and development for parasitic worm infections lags behind, even compared to other NTDs. Indeed, the drug pipeline is empty, particularly for many helminth infections. Swiss TPH works with many partners from both the private and public sectors to fill the pipeline with new, safe and efficacious anthelminthic therapies.

What motivates you most in your work and what is your fascination of parasitic worms?

I have a passion for improving global health, particularly NTDs, as they receive relatively little attention. The mission of the Helminth Drug Development unit at Swiss TPH is to fill the depleted anthelminthic pipeline with efficacious, broad-spectrum anthelminthic drugs. We have the opportunity to work both on the bench using a host of established helminth life cycles and in the field, which is fantastic! Helminths are fascinating parasites but I often have to warn new team members that our work can be very smelly as worms and eggs are detected and collected from intestines and faeces.

Have there been any success stories in the fight against parasitic worm infections?

We demonstrated the excellent therapeutic properties of oxantel pamoate against Trichuris trichiura in the laboratory and clinical trials and are now filling the missing gaps for this drug with a newly established consortium, the Helminth Elimination Platform (HELP). Funded through the European Union’s Horizon 2020 Research and Innovation Programme and led by Swiss TPH, the consortium comprises research institutes, universities, not-for-profit organisations and pharmaceutical companies with the overarching aim of bolstering the anthelminthic drug pipeline.

In another consortium led by Merck, Swiss TPH and other partners joined forces to develop and register a new formulation of praziquantel for preschool-aged children. Praziquantel is the standard drug for the treatment of schistosomiasis, but it is not registered for pre-school-aged children and – in its current formulation – not suitable for use in these children. Swiss TPH contributed to the conduct of a phase II clinical trial in Côte d’Ivoire. Based on the data, the consortium selected the best orodispersible tablet candidate and the best dose to be used for the pivotal phase III study. The drug should become available for deployment in 2022.

How will Swiss TPH and the global community address the challenges ahead?

A key strength of Swiss TPH is that we draw on an existing network of partners in NTD-endemic countries. Specific research objectives are jointly articulated and the work is pursued within the frame of trusted partnerships. The teams build on experiences and lessons learned to constantly improving the likelihood of success.