Not many countries have adopted WHO’s air quality guidelines as legally binding standards. The following maps exhibit current legal long-term standards (annual mean) for particulate matter PM10, PM2.5, NO2, SO2 including 8-h limits for ozone (last update: June 2016) in comparison to the air quality limit values from 2005. The limit values were compiled from March 2015 to June 2016 from various sources (request to local authorities, Google, PubMed, references from publications found in LUDOK). The corresponding publication from Kutlar Joss et al. 2017 in the International Journal of Public Health can be downloaded here with the corresponding table on air quality standards worldwide including short-term standards and references on the right hand side. Comments, amendments or corrections to these values are welcome. E-mail: ludok@swisstph.ch.

Note: For better comparability, the values of the WHO air quality guideline from 2005 are still listed, as currently (September 2021) no country has (yet) adopted the new values and the legislative process will still take a few years. An up-to-date visualisation of the national air limit values, broken down by country, in comparison with the WHO guidelines of 2005 and 2021 can be found here.

The current WHO guidelines from 2021 can be downloaded here. 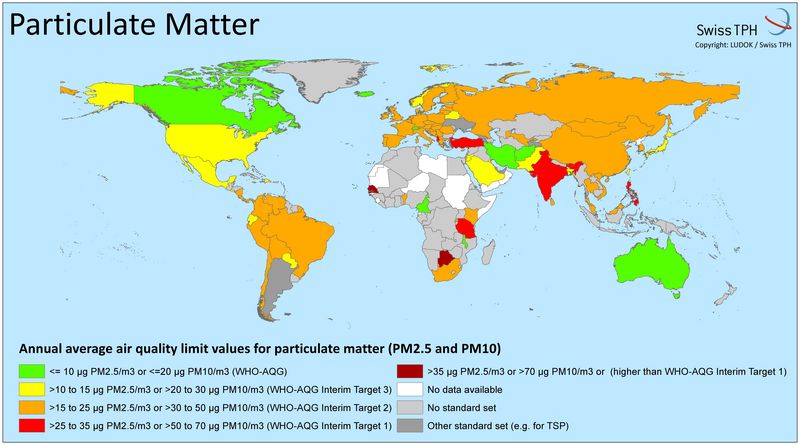 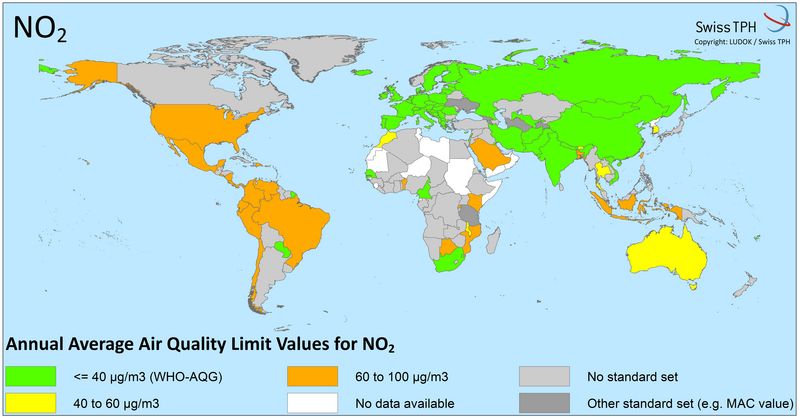 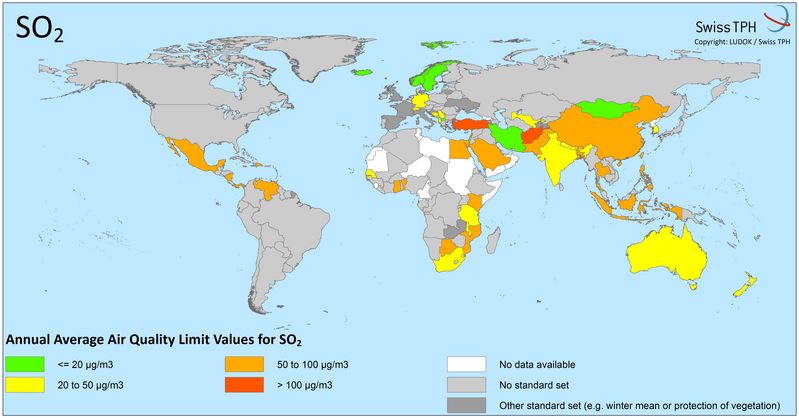 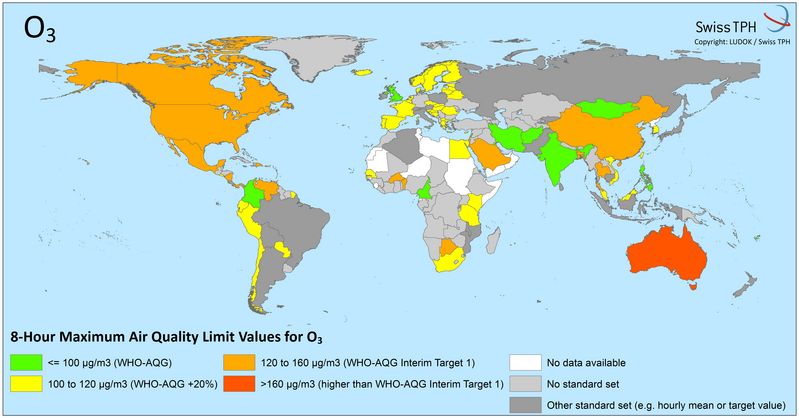