Bed nets save lives in the long run, according to a 22-year study in Tanzania, which for the first time, indicates that children who sleep under them at an early age are more likely to survive into adulthood. The study, published in the New England Journal of Medicine, followed more than 6,700 children from 1998, tracking them again in 2019 to find out what happened to them. The results showed that survival of children who habitually slept under nets was over 40% higher compared with survival in those who slept under nets less frequently in their early childhood.

Surprisingly, there are very few long-term population-based studies in any African country. With over 6,700 participants recruited and remarkably high completeness of follow-up after 20 years, this study is particularly unusual and provides unique insight into the long-term benefits of malaria control in young children.

Malaria killed more than 600,000 people in 2020 and is especially dangerous for children. The disease, which is common in sub-Saharan Africa, is caused by a parasite transmitted through mosquito bites. In malaria-endemic areas, sleeping under a bed net treated with insecticide is one of the most effective ways to protect young lives. Until now, however, the long-term effect of malaria control in early childhood has been unclear. Theory suggested that preventing malaria in early life could make people more vulnerable later in life due to a lack of immunity, simply delaying life-threatening illness and death.

Estimates from this rare long-term observational analysis appear to counter this theory by finding no evidence that prevention in early life leads to a surge in deaths later on.

Salim Abdulla, Principal Scientist at IHI and study author, said: “We have known for a long time that bed nets save young lives, but we never knew for sure how long the benefits persisted. Our study shows that preventing malaria in early childhood has effects that last into adulthood.”

Between 1998 and 2003, the study enrolled 6,706 children born in Kilombero and Ulanga Districts, a part of rural Tanzania where malaria is endemic. Up to 2003, a survey team visited the children’s households every four months to collect information about the use of insecticide-treated bed nets. In 2019, 16 years later, the study team did a follow-up survey and was able to gather information relating to 89% (5,983) of the original participants. Sadly, the team learned that over 600 of the children had died.

When the researchers analysed the data from the study they discovered a positive long-term impact of bed nets. They estimated the association between bed net use and survival, using regression modelling to adjust for other differences between groups.

Günther Fink, Associate Professor of Epidemiology and Household Economics at the University of Basel and Swiss TPH, and first author, said: “It’s so important to be able to go back and find out what happens to children when they grow up. Bed nets have been a huge part of malaria control efforts, and continue to be part of the toolkit. It is reassuring to see these long-term benefits, which further highlight the remarkably high returns to investing into early childhood infectious disease prevention and early life health more generally.”

Joanna Schellenberg, Professor of Epidemiology and International Health at LSHTM and last author on the paper, said: “It’s remarkable that we were able to find information on nearly all these children born two decades ago. “While our study shows the survival benefit of early-life malaria control persists until adulthood, it also reveals the potential of long-term community-based research. It’s a testament to the deep social connections the interviewers had in the study communities, as well as making the most of mobile phone coverage.”

Co-author Sigilbert Mrema, Research Scientist with IHI, added: “One of our respondents was overjoyed simply to be told his exact date of birth. This type of long-term study is important not only in monitoring health but also in strengthening civil registration.”

The authors acknowledge limitations of the study, including the fact there was no information on children who died prior to the first study visit, which means that survival rates are not representative of all births.

The study was funded by the Eckenstein-Geigy professorship, the Swiss Agency for Development and Cooperation and the Swiss National Science Foundation. 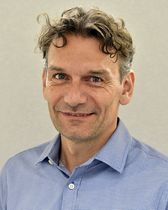